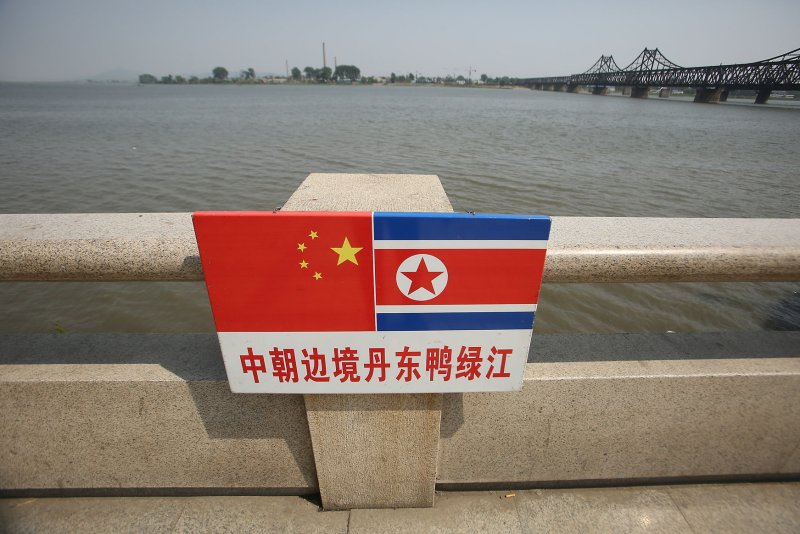 North Korea shut down its 880-mile border with China in January, a measure that may have helped the regime mitigate the impact of COVID-19, a U.S. analyst said Tuesday. File Photo by Stephen Shaver/UPI | License Photo

NEW YORK, April 14 (UPI) -- North Korea may have experienced some success in driving back the novel coronavirus because of measures taken in January and few cases near its 880-mile border with China, a U.S. medical expert said Tuesday.

Kee Park, a lecturer in global health at Harvard Medical School who has visited North Korea for humanitarian purposes for over a decade, said during a United States Institute of Peace discussion that the Kim Jong Un regime's approach to COVID-19 may have had a better outcome than many believe.

Park did not comment on North Korea's claim of "zero" cases of the deadly disease within its borders. The analyst did say North Korea took early measures, some preceding the lockdown of China's Hubei Province.

"We must also remember how aggressive China was," Park said.

"Liaoning Province had a total of 145 cases. Jilin Province had 100 cases in total, and one death, rapidly contained," Park said during the online discussion.

The risk of the disease traveling across the border is not as high as presumed, he added, citing the forceful approach of both countries.

North Korea may have "succeeded in flattening the curve," perhaps even having "completely squashed it," in this first wave of the global pandemic, Park said.

Declaring victory over the coronavirus may be premature for North Korea, however. Pyongyang's initial measures addressed the contagion from China.

Since that time, the disease has gone global. North Korea shares a border with Russia, where infections could be increasing exponentially. The Kim regime also remains woefully unprepared to cope with an outbreak.

Park says North Korea's health system is fragile and weak, and only able to treat a handful of critically ill patients.

Estimates of the total number of hospital beds in North Korea ranges widely, from 31,000 to 330,000. The portion of intensive care unit beds is believed to be about 1.6 percent of that total, Park says.

"Having worked in top hospitals in North Korea for the past 13 years, I would lean toward the lower end of that estimate," or about 500 ICU beds, Park said.

Kim has shown signs of confidence in his policies, as evidenced by his appearance at a Politburo meeting over the weekend. On Sunday, the ruling Workers' Party held a session of the Supreme People's Assembly.

U.S. military experts and officials are not confident about North Korea's claims, however.

In March, U.S. Forces Korea Commander Gen. Robert Abrams had said he was fairly confident the coronavirus had hit North Korea's military, because of a lack of activity following the shutdown of North Korea's border.

David Maxwell, a senior fellow at the Foundation for Defense of Democracies, and a 30-year veteran of the U.S. Army, said the COVID-19 outbreak could have had a devastating impact on North Korea.

Any internal North Korea instability could have dangerous consequences for the United States and its allies, Maxwell said.

"We need to prepare for contingencies," the analyst said. "The conditions could surpass the Arduous March [famine] of the '90s."

Maxwell said lack of transparency prevents better assessments of North Korea. Recent unconfirmed reports indicate as many as 200 North Korean soldiers may have died, along with four military doctors.

"We need to assess these reports and take them seriously," Maxwell said.

The analyst also pointed out the impact COVID-19 could have on the readiness of the U.S. military in the region.

On Tuesday, North Korea fired suspected cruise missiles a day ahead of general elections in the South -- one of several signs the military is resuming operations after a 30-day lockdown.

Maxwell said a relatively small number of infections have been reported among U.S. troops in South Korea, as well as in the South Korean military. The suspension of exercises with U.S. allies is a cause for concern as China and North Korea appears to be returning to normal levels of military operations, the analyst added.

"This has to be a rehearsal for biological warfare" for the United States and its allies, Maxwell said.

"I know that's very provocative, but we have to learn to fight through these pandemics."

World News // 2 hours ago
ISIS 'Beatle' sentenced to life in prison
Aug. 19 (UPI) -- A British man accused of operating an ISIS hostage-taking scheme that led to the deaths of four Americans, was sentenced Friday to eight life sentences.