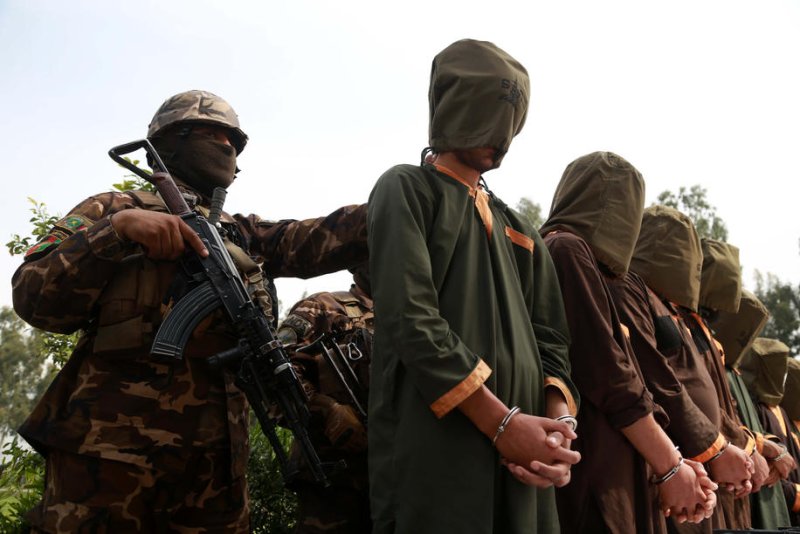 April 8 (UPI) -- The U.S.-backed government in Afghanistan said Wednesday it will release 100 Taliban prisoners in an effort to advance peace talks with the militant group.

The announcement is a move to get talks back on track after the Taliban broke them off this week and recalled its negotiators.

"One hundred Taliban prisoners will be released today," Javid Faisal, spokesman for Afghanistan's Office of the National Security Council, said Wednesday. "We are doing our part in the agreement. The peace process should move forward."

The talks were a key part of the peace deal brokered last month between the militant group and U.S. officials, which called for U.S. forces to leave Afghanistan after a constant presence that has lasted for nearly two decades. It calls for the release of as many as 5,000 Taliban prisoners.

Talks were disrupted this week when the government balked at releasing 15 "top" Taliban commanders who'd been captured. Government officials said they'd been responsible for some of the group's most serious violence. The Taliban, in turn, called the talks "fruitless" and withdrew negotiators.

Faisal said although the 15 commanders aren't part of the 100 to be released, negotiations will continue as long as the Taliban cooperates.

ONSC Director-General Ahmad Zia Saraj said some Taliban prisoners have been involved in large-scale attacks against civilians recently, and have been linked to international terrorist groups.

A security official in Samangan province said about 15 Taliban militants were killed in fighting Tuesday in the Dara-e-Sof-e-Bala district.

World News // 2 hours ago
Report: Political commissars are a mainstay of the Chinese navy
WASHINGTON, July 16 (UPI) -- A recent report from the Center for Strategic and International Studies details how Chinese vessels are jointly led by a military commander and a political commissar.

World News // 2 hours ago
British court rules woman who left for Syria can return
July 16 (UPI) -- An appeals court ruled Thursday that a woman who left Britain for Syria five years ago to marry an Islamic State fighter can return to fight for her citizenship in her native country.

World News // 5 hours ago
EU court rejects data-sharing deal due to privacy concerns
July 16 (UPI) -- The European Union's top court on Thursday invalidated an arrangement under which social media companies like Facebook can transfer personal data of EU residents to the United States.

World News // 5 hours ago
Researchers: North Korea developing arsenal to evade missile defenses
SEOUL, July 16 (UPI) -- North Korea continues to advance its nuclear weapons and missile programs and poses a growing threat to countries in the region such as South Korea and Japan, according to a report issued this week.