SEOUL, April 7 (UPI) -- South Korean manufacturers are restarting operations around the world after slowing amid the COVID-19 pandemic.

Samsung Electronics said Tuesday it has resumed operations of its TV factories in Slovakia and Hungary after just a week on hiatus.

LG Electronics reopened its TV and home appliances factory in Brazil on Monday. It had suspended work there in late March.

The tech giants noted that they plan to reopen other factories in India, Brazil and the United States soon.

Hyundai Motor announced that it has also begun operating most of its South Korean facilities at full capacity, even as other global automakers have substantially reduced production fearing weak demand amid the outbreak.

The aggressive strategy is reminiscent of the company's approach in the late 2000s, when it stirred quick growth by increasing production despite a struggling global economy.

As a result, Hyundai was able to join the ranks as one of the world's five largest automobile companies in 2010.

World News // 1 hour ago
Putin reschedules Russian Victory Day parade for June 24
May 26 (UPI) -- Russian President Vladimir Putin said Tuesday the government will stage the Victory Day parade in about a month, after it was postponed due to the coronavirus pandemic.

World News // 5 hours ago
Volkswagen loses landmark civil case in emissions scandal
May 26 (UPI) -- Germany's highest civil court has ruled that Volkswagen must buy back vehicles that were fitted with illegal emissions software in a landmark decision in the "Dieselgate" scandal.

World News // 6 hours ago
Saudi Arabia to ease some restrictions this week, the rest in June
May 26 (UPI) -- Officials in Saudi Arabia said Tuesday they will relax coronavirus-related curfews and other restrictions for most of the country this week and they will be fully lifted nationwide next month. 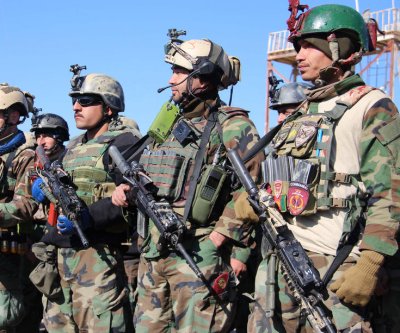 World News // 9 hours ago
UNC: Unclear whether North Korean gunfire across DMZ was accidental
SEOUL, May 26 (UPI) -- The United Nations Command announced Tuesday that it had finished its investigation into a gunfire exchange inside the DMZ in early May and was not able to determine if North Korea's initial shots were accidental.