April 6 (UPI) -- Traditional Korean medicine is being administered for free to patients of the novel coronavirus in South Korea, and the herbal remedies could be improving their health, a local doctors' association suggested Monday.

According to the Association of Korean Medicine, 14.6 percent of all confirmed COVID-19 patients have taken prescribed herbs and have reported "high satisfaction" with the treatment, Yonhap reported.

Traditional Korean medicine, made from plants, shrubs, trees and fungus, is being supplied to patients without charge, and a total of 1,497 people have taken advantage of the services, the South Korean association said.

Patients of COVID-19 in South Korea who are taking traditional medicine have increased in the past month. On March 10, a total of 28 patients were administered herbal remedies. That number rose to 51 on March 17, 89 on March 20, 121 on March 25 and 223 patients on March 31, according to the report.

South Korea was one of the first countries after China to experience a massive outbreak of the deadly coronavirus. Seoul has said the situation has stabilized as signs emerged in late March it had managed to flatten the curve with various guidelines.

The country reported more than 10,280 cases on Monday as the death toll exceeded 186. Cases continue to emerge but at a slower rate.

Concern may be rising, however, over patients who initially tested negative for the coronavirus only to test positive at a later stage.

Local television network MBC reported Monday a 25-year-old man was confirmed for the disease only after a third test.

The man had returned from a trip to Indonesia on March 30, when he tested negative for the virus. A second test also turned up a negative result. As his symptoms worsened he underwent a third test, according to the report.

World News // 3 hours ago
Australia ends Hong Kong extradition treaty, extends visas with residency pathway
July 9 (UPI) -- Australia said Thursday it will suspend its extradition treaty with Hong Kong and create a path to permanent residency for citizens from the former British colony with temporary visas in response to a draconian national 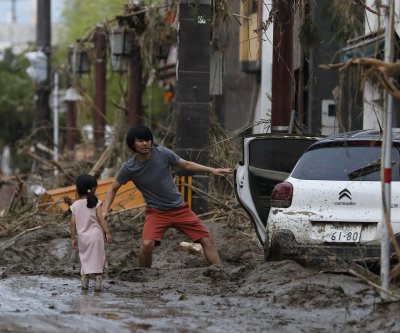 World News // 13 hours ago
Nearly 60 killed in severe flooding in Japan
July 8 (UPI) -- The death toll continued to rise Wednesday on the island of Kyushu in southwestern Japan as tens of thousands of workers continued rescue and recovery efforts after flooding downpours inundated the region.

World News // 17 hours ago
Benny Gantz goes into quarantine in Israel
July 8 (UPI) -- Benny Gantz, Israel's defense minister, entered quarantine Wednesday after learning he had been in contact with a person who was confirmed to be infected with the novel coronavirus. 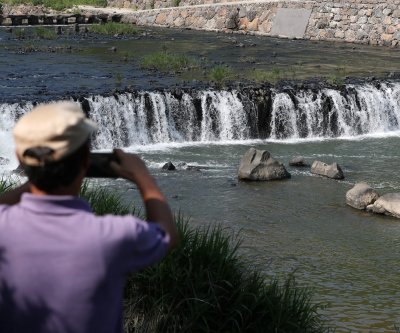 World News // 20 hours ago
Kim Yo Jong sued over destruction of inter-Korean liaison office
July 8 (UPI) -- A South Korean lawyer is suing North Korea's Kim Yo Jong over the demolition of the Inter-Korean Liaison Office in Kaesong.