United Nations Secretary-General Antonio Guterres called for a unified fight against the coronavirus this week. The U.N. General Assembly adopted a non-binding resolution on Thursday for an international response, but the U.N. Security Council has not acted. File Photo by Monika Graff/UPI | License Photo

April 3 (UPI) -- The United Nations General Assembly called for a multinational approach to fighting the coronavirus pandemic, its first resolution on the issue.

On Thursday, 188 representatives of the 193-member body, meeting in New York City by videoconference, advised "intensified international cooperation to contain, mitigate and defeat" COVID-19," noting the "severe disruption to societies and economies, as well as to global travel and commerce, and the devastating impact on the livelihood of people" and adding that "the poorest and most vulnerable are the hardest hit."

The resolution, called "Global solidarity to fight the coronavirus disease 2019," was approved by consensus. It is the United Nations' first approved document on the pandemic, which globally has infected over 1 million people and killed over 53,000, to be adopted by the organization.

The General Assembly's non-binding action on Thursday offers no guidelines or funding recommendations and only expresses unity in the face of the pandemic. A statement by Secretary-General Antonio Guterres earlier this week, at the rollout of a planned "Report on the Socio-Economic Impacts of COVID-19," called for "an immediate coordinated health response to suppress transmission and end the pandemic." He referred to the response as "the most challenging crisis we have faced since the Second World War."

The 15-member Security Council, the United Nations' most powerful arm, has so far been largely silent on the U.N. role in combating the pandemic. Some diplomats and observers say the stalling reflects a dispute with Security Council members China and the United States over the origin of the outbreak.

"The Security Council has been entirely missing in action" on the pandemic, said Louis Charbonneau of Human Rights Watch. "We're in a situation widely recognized as our most urgent security issue, with a large portion of the global population on lockdown, and the Security Council is incapable of doing anything."

In 2014, the Security Council called the Ebola outbreak in West Africa a threat to peace and security, a label with the impact of international law. A similar statement regarding the coronavirus could identify the United Nations as a significant player in defeating the pandemic. The General Assembly vote on Thursday was symbolic but could increase pressure on the Security Council to act.

World News // 1 hour ago
Study: Saving pandas led to downfall of other animals
Aug. 3 (UPI) -- Efforts to save the giant panda from extinction have come at the expense of other large mammals, a new study released Monday by the science journal Nature Ecology and Evolution said.

World News // 3 hours ago
Nearly 30 dead in militant attack at Afghan prison
Aug. 3 (UPI) -- Nearly 30 people were killed and 50 injured when militants attacked a prison in Jalalabad, Afghanistan, leading to an 18-hour battle. Hundreds of prisoners escaped, but most were recaptured.

World News // 4 hours ago
Work starts on restoration of Notre Dame Cathedral's grand organ
Aug. 3 (UPI) -- Restoration work on the 250-year-old grand organ at the fire-damaged Cathedral of Notre Dame began Monday in Paris with hopes of having it ready in time for the church's planned reopening in 2024. 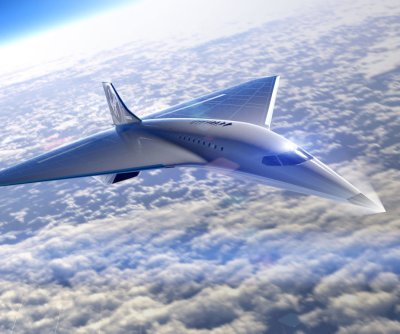 World News // 7 hours ago
Northern Irish political leader, Nobel Laureate John Hume dies at 83
Aug. 3 (UPI) -- John Hume, a winner of the Nobel Peace Prize and widely acknowledged as an architect of the Good Friday Agreement that helped bring peace to Northern Ireland, died Monday, his family said. He was 83.