April 3 (UPI) -- Grupo Modelo, the brewer of Corona beer, will temporarily halt production and marketing operations in Mexico to comply with a coronavirus health emergency declared by the government.

Grupo Modelo, a subsidiary of Belgium-based AB InBev, said late Thursday it will stop production of its popular Corona brand and other beers beginning Sunday and is already in the process of scaling down operations to a minimal level.

The brewer operates eight plants in Mexico producing 46 national brands. it said it considers itself part of Mexico's agricultural sector, which has been deemed an essential service during the emergency. Brewers are considered non-essential.

"The government recognizes agro-industry as an essential activity, with beer being one of the most important components of this industry and the main agro-industrial export product," Grupo Modelo said. "More than 15,000 families benefit from the sowing of 150,000 hectares a year of malted barley."

Should the government reconsider its classification of the brewing industry, the brewer said it's ready to resume operations with more than 75 percent of its staff working from home.

AB InBev, the world's largest brewer, reported a $170 million decline in profits during the first two months of 2020 because of the coronavirus pandemic.

Mexican health officials declared a national emergency Monday as the number of confirmed COVID-19 cases surpassed 1,000. Under the order, all non-essential businesses were ordered closed until April 30. 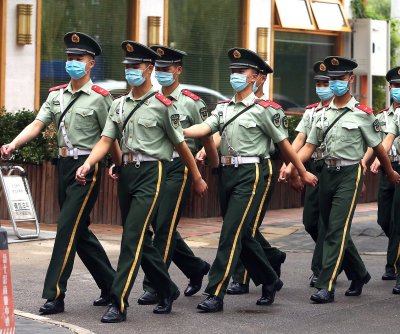 World News // 7 hours ago
Apple, Ireland win appeal of EU's demand for $15B in back taxes
July 15 (UPI) -- Ireland did not give U.S.-based tech giant Apple any unfair state aid, the European Union's second-highest court ruled Wednesday, nullifying the EU's demand for nearly $15 billion in back taxes.