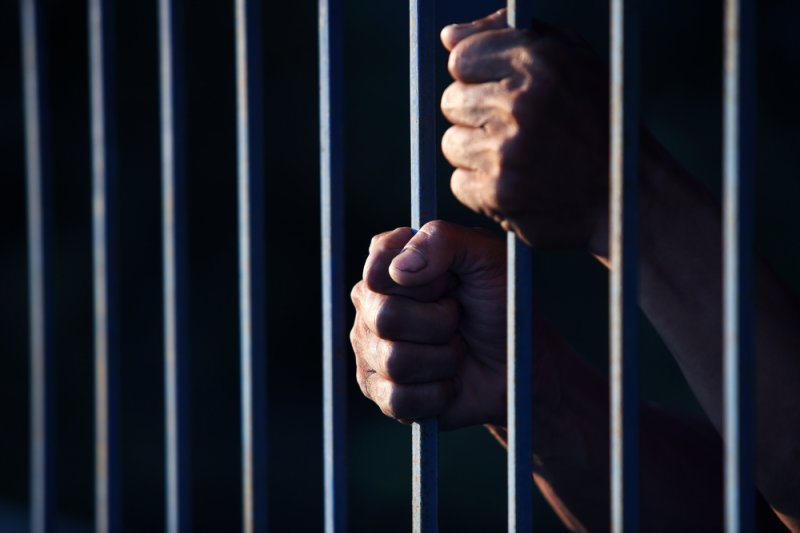 It was initially reported that four inmates escaped, but Syrian officials later said none escaped. File Photo by Sakhorn/Shutterstock/UPI

March 31 (UPI) -- The Syrian Democratic Forces said it's regained control at a prison that was partly commandeered by inmates belonging to the Islamic State terror group.

Several inmates took over one of the floors Monday at the al-Sina'ah Prison in Hasakah, Syria. SDF officials said the prisoners broke down some doors and punched holes in walls before they assumed command of the ground floor.

The riot lasted for hours and some news outlets reported multiple inmates escaped.

A U.S. military spokesman said coalition forces helped the SDF with aerial surveillance around the facility after it was reported that four prisoners were at large. SDF spokesman Kino Gabriel said later, however, that no prisoners escaped.

"We confirm that there are no [reported escapes] of detainees and the prison is completely under control," Gabrieff said.

Kurdish officials say they don't have the resources to safely contain the prison population, adding that the facility is overcrowded and that Western countries have mostly refused to take back their native citizens who left to fight for the terror group.

World News // 1 hour ago
Watch live: Prince Philip laid to rest in St. George's Chapel
April 17 (UPI) -- Millions of people around the globe are expected to watch Saturday as Prince Philip, the longest-serving consort of a British monarch, is memorialized in a ceremonial royal funeral in London.

World News // 13 hours ago
Israel launches airstrike on Gaza Strip; no injuries reported
April 16 (UPI) -- Israeli forces launched airstrikes on targets in the Gaza Strip on Friday in what Israeli officials said was retaliation for a rocket shot earlier in the evening.

World News // 19 hours ago
Truck driver among 7 charged in Taiwan train crash
April 16 (UPI) -- Authorities in Taiwan on Friday charged seven people -- including the operator of a crane truck -- in a train crash that killed dozens of people earlier this month.

World News // 23 hours ago
Britain prepares to honor Prince Philip with memorial service Saturday
April 16 (UPI) -- Britain is preparing for Saturday's funeral for late Prince Philip at St. George's Chapel in Windsor Castle, which will feature the royal family and include a national minute of silence.