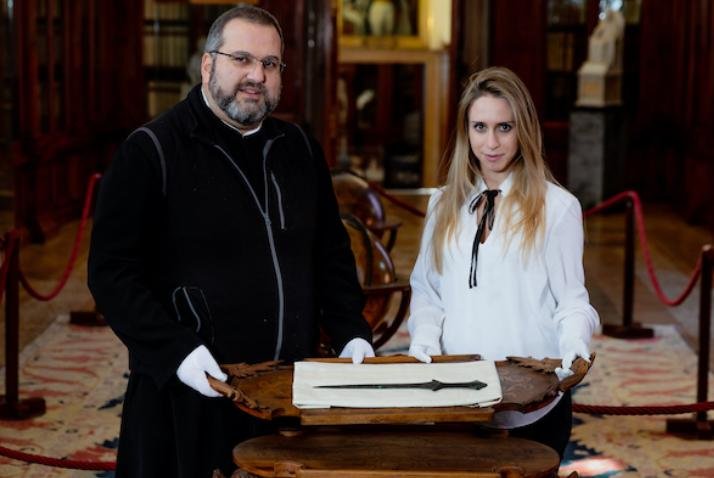 March 25 (UPI) -- A sword found regarded as a medieval antiquity was confirmed to be from the Bronze Age and about 5,000 years old, scholars in Italy announced.

The sword, 17 inches long and made of arsenical bronze, a copper-arsenic alloy used around the fourth century B.C., was discovered mislabeled in the San Lazzaro degli Armeni Museum.

The museum houses artifacts of Armenian heritage and is operated by Mekhitarist friars of the Armenian Catholic faith. Vittoria Dall'Armellina, a Ph.D. student at Ca' Forcasi University of Venice, first noticed the sword and dedicated her master's and doctorate theses to it and similar artifacts.

Scientific analysis indicated that the sword was forged sometime around 3000 B.C. Dall'Armellina's comparisons with other weapons of the era confirmed that it shared similarities with objects found in tombs of high-ranking Bronze Age leaders of the Caucasus, Anatolia and Aegean regions, who tended to be buried with relics of their authority.

Early swords would be buried with owners in their graves, along with other insignia of high-ranking social, military and political status.

"Swords are objects loaded with symbolic value," said Elena Rova, who supervised Dall'Armellina's research. "They signify royalty, and a ruler's right to sovereignty. Take, for example, the legend of King Arthur. While this symbolism is well documented in medieval times, it has roots in much more ancient traditions."

"I had visited the monastery several times over the years and never noticed the sword," she added.

Clerical research by Father Serafino Jambourlian indicated that the sword was one of many artifacts shipped from the Ottoman Empire to the monastery by Yervant Khorasandjian, a member of the Mekhitarist congregation, in the late 19th century.

Jambourlian said he believes the sword was a gift to Khorasandjian for overseeing engineering projects in what is now Turkey.

The sword has no ceremonial markings or decoration, suggesting that it could have actually been usable in combat.

The museum, in the monastery on an island in a Venice lagoon, is currently closed due to the coronavirus outbreak, but the sword eventually will be displayed more prominently. 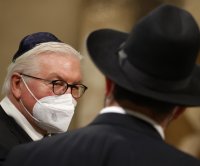 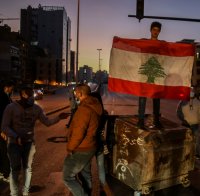 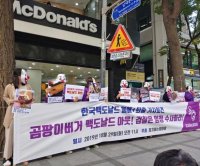 World News // 14 hours ago
U.N. poll: Majority want wide-ranging action on climate change
Jan. 27 (UPI) -- More than two-thirds of the world's population believe climate change constitutes "a global emergency," according to the findings of the world's largest-ever opinion poll on the issue.

World News // 1 day ago
100M COVID-19 cases confirmed worldwide
Jan. 26 (UPI) -- The world surpassed the grim milestone of 100 million cases of COVID-19 on Tuesday as countries ramp up efforts to speed up the vaccination process.