Law Minister Anisul Huq said Zia will be released for six months on humanitarian grounds. He made the announcement during a news briefing from his home in Gulshan.

"We have decided to release her on humanitarian grounds as per the instructions of the prime minister," Anisul said. "She can receive treatment staying at her home but she cannot go abroad."

Bdnews24.com reported Khaleda is unwell and officials worried about her risks of getting COVID-19 while incarcerated. She had already been transferred from prison to Bangabandhu Sheikh Mujib Medical University for treatment. The new order means she can now receive treatment at home.

"She is already admitted in the best hospital in Bangladesh. She cannot go abroad. Under these difficult circumstances, sending someone abroad is like telling someone to commit suicide," Anisul said.

In October 2018, a court sentenced Khaleda to seven years in prison for corruption after she and three co-conspirators abused their powers by raising charitable funds to be used for their own benefit. In addition to the "rigorous imprisonment," Khaleda was fined and was forced to give up land purchased through her Zia Charitable Trust.

At the time of her sentencing, Khaleda had been in jail for several months already for embezzling funds for an orphanage. She has served 25 months of her seven-year sentence.

Khaleda served as prime minister of Bangladesh from 1991 to 1996 and again from 2001 to 2006. She is the chairwoman of the Bangladesh Nationalist Party.

Johns Hopkins University's coronavirus interactive tracking website counted 39 cases and four deaths from COVID-19 in Bangladesh as of noon Tuesday. The country is preparing to cut off communications and order people to stay at home to stem the spread of the virus.

World News // 38 minutes ago
Organizers bar consumption, sale of alcohol at Tokyo Summer Olympics
June 23 (UPI) -- With one month to go before the start of the postponed 2020 Summer Olympics in Tokyo, organizers are planning to unveil rules against several things to mitigate COVID-19 infections at the Games -- including no alcohol. 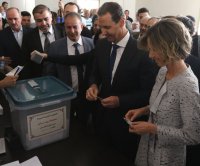 World News // 5 hours ago
Lebanon may need a savior, but it likely won't be Syria this time
BEIRUT, Lebanon, June 23 (UPI) -- Lebanon, which has for decades relied on outside powers to help solve its problems, is again waiting for "a savior" to pull it from its worst political and financial crisis since the 1975-90 civil war.

World News // 11 hours ago
Wassily Kandinsky painting thought lost for 70 years sells for $1.4M
June 22 (UPI) -- A watercolor painting by Russian artist Wassily Kandinsky believed to be lost for more than seven decades has sold at auction for $1.4 million. 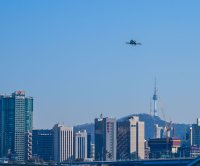 World News // 20 hours ago
Singapore woman receives 30-year prison term for death of Myanmar maid
June 22 (UPI) -- A Singaporean woman who beat and burned her housemaid from Myanmar with a clothing iron before choking her to death was sentenced to 30 years in prison.