Refugees clash with Greek security forces near the closed-off Greek-Turkish border in Orestiada, Greece, on Saturday amid tear gas from both sides. Photo by Dimitris Tosidis/EPA-EFE

Thousands of asylum-seekers have amassed at the border following an announcement by Ankara last week that it would no longer try to stop them from entering Greece. Greek police have used tear gas and water cannons to hold back the migrants as Erdogan called on Athens to "open the gates" to the EU, as Greece is one of the bloc's 27 member nations.

"Hey Greece, I appeal to you ... open the gates as well and be free of this burden. Let them go to other European countries," the Turkish leader said Sunday in Istanbul. "I hope I will return from Belgium with different outcomes."

Erdogan has frequently criticized Europe for not living up to its commitments under a 2016 deal to share the burden of an influx of asylum-seekers from Syria, under which he agreed to prevent them from entering the EU in exchange for nearly $6 billion in aid.

Von der Leyen said she viewed the meeting Monday as a chance to reach an understanding with Turkey over concerns for the deal.

"[The meeting] is the restart of a dialogue, the rekindle of speaking together," Von der Leyen told reporters. "This is the beginning of having the dialogue and developing at best a common road map."

Germany on Monday said a voluntary coalition of EU nations are considering taking in 1,500 child refugees.

"On a European level in recent days talks have been taking place on a humanitarian solution, with the objective of organizing the care of these children in the framework of a 'coalition of volunteers,'" the German government said in a statement.

Erdogan has faced increasing refugee pressures due to an air and ground offensive launched in December by the regime of Syrian President Bashar al-Assad against rebels in Idlib province near the Turkish border. The push, supported by Russian forces and other allies, has caused nearly a million people to flee towards the Turkish border. 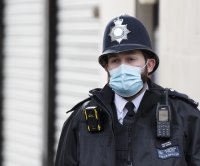