Russian President Vladimir Putin (L) and commander Nikolai Yevmenov are seen during a test of a hypersonic cruise missile on the Black Sea on January 9. File Photo by Alexei Druzhinin/Sputnik/EPA-EFE

Feb. 27 (UPI) -- Russia has successfully test-launched its Tsirkon hypersonic cruise missile from a ship for the first time and is planning more tests from nuclear submarines.

The missile was fired from the frigate Admiral Gorshkov in early January while it was cruising in the Barents Sea, state news agency TASS reported Thursday. It landed at a military testing range in the Northern Ural mountain range more than 300 miles away.

Russia first began work on the hypersonic weapon in 2015 and Moscow says it can reach speeds of Mach 9 -- nine times the speed of sound -- which enables it to evade enemy air defenses. Officials say the missile has a range of more than 600 miles.

Russian President Vladimir Putin said last year Moscow planned to deploy the Tsirkon missile on a series of surface ships and submarines following the withdrawal of the INF Treaty, a Cold War-era agreement limiting the deployment of medium-range nuclear-tipped missiles in Europe.

Putin said the new system can be launched from the same platforms already installed on ships on submarines for Russia's Kalibr missile.

Russia's rapid development of a hypersonic missile program has led to fears of a new arms race with the United States. 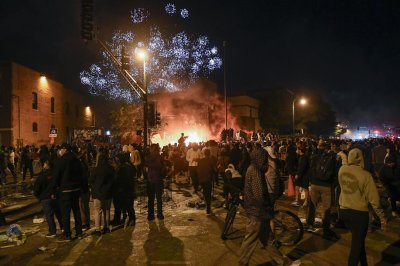