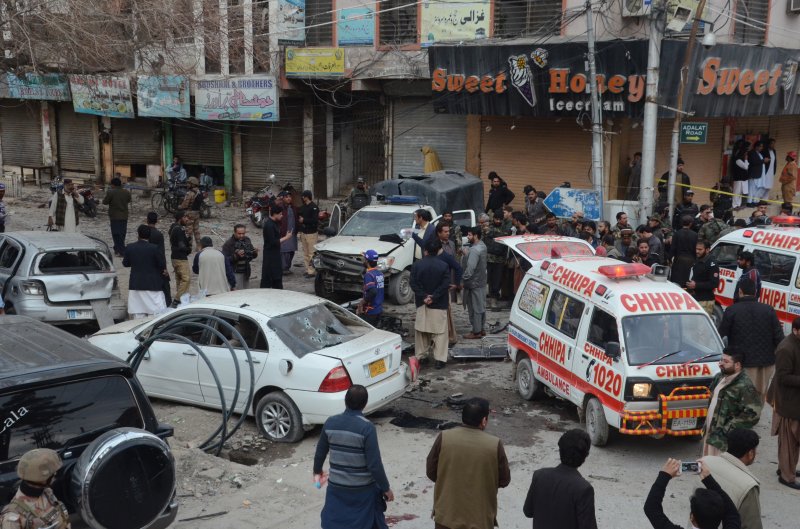 Pakistani security officials inspect the scene of a bomb blast in Quetta, Pakistan, on Monday. Photo by Jamal Taraqai/EPA-EFE

Feb. 18 (UPI) -- A suicide bomber blew himself up outside a rally by a radical religious group in southwestern Pakistan, killing at least eight people and injuring nearly two dozen others, authorities said.

Police chief Abdul Razzak Cheema told reporters the suicide bomber detonated explosives strapped to his chest Monday after facing resistance from security officers on attempting to enter a rally of Islamic activists in Quetta, the capital of southwestern Balochistan province.

Among the dead were three security officers, he said, adding that more than 20 others were injured in the blast.

Cheema described the attacker as "a youngster" who approached the site on foot with his target seemingly being the rally organized near the press club by far-right Sunni military group Ahle Sunnat Wal Jamaat, which calls for Shiites to be declared non-Muslims under Pakistani law.

Quetta Civil Hospital spokesman Waseem Baig said they had received seven bodies and at least eight patients who were injured in the blast were in serious condition.

No organization has claimed responsibility for the blast.

The site has since been cordoned off and officials from Lahore were expected to arrive Tuesday to conduct further investigations. 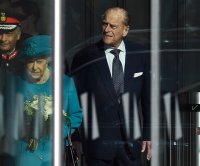