LG Chem accused SK Innovation in April of having stolen its trade secrets for EV battery, filing complaints with the ITC and the U.S. District Court in Delaware.

LG Chem has alleged that SK Innovation accessed its trade secrets by employing scores of its experienced employees in the lithium-ion battery division over the past few years. Both firms are located in Seoul.

In November, LG Chem asked the ITC to make an early decision on the case, claiming SK did not comply with the ITC's digital forensics instructions and spoiled evidence.

The trade panel is expected to come up with a final ruling by Oct. 5. If the preliminary decision stands, SK Innovation would not be able to export EV battery-related products to the United States.

After the final ITC ruling, the court can decide on damages.

"LG Chem is our competitor and at the same time, the company is our partner with which we should cooperate for the development of the industrial ecosystem," SK Innovation said in a statement.

In December, American automaker GM announced a joint venture with LG Chem to produce battery cells for electric vehicles. Groundbreaking is planned for later this year on a new plant in Lordstown, Ohio, that is expected to create 1,000 jobs.

LG Chem is the chemical arm of the LG Corp., which also manufactures electronic devices like smartphones and televisions. 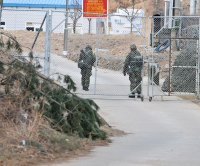 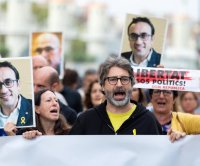 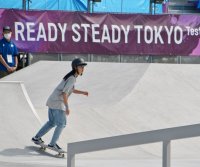 World News // 6 hours ago
Organizers limit local spectators at Tokyo Olympics to 50% capacity
June 21 (UPI) -- Organizers in Tokyo and the International Olympic Committee on Monday announced that there will be a limit for local fans attending the upcoming Summer Olympics -- 50% capacity per venue up to 10,000 people. 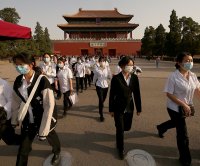