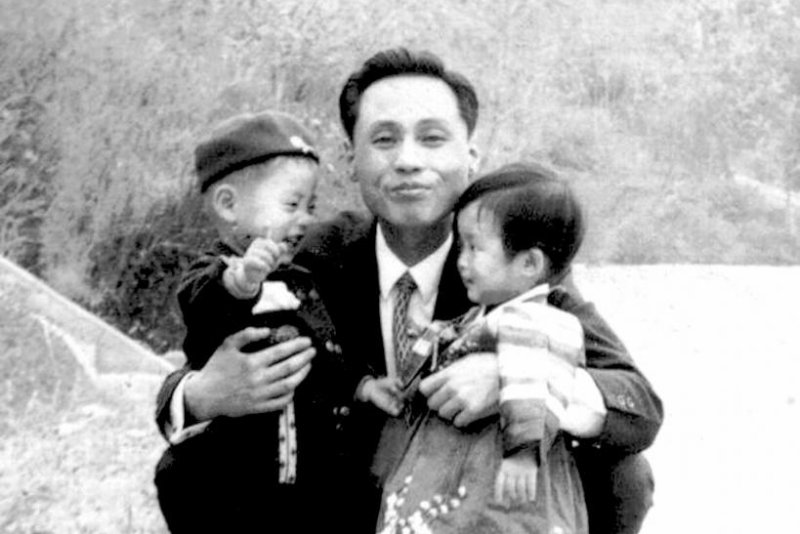 Hwang Won (C) was abducted by North Korea during a hijacking 50 years ago. Human rights experts from the United Nations are calling for the release of Hwang and the other remaining abductees. Photo courtesy of Hwang In-cheol

SEOUL, Feb. 14 (UPI) -- A panel of human rights experts from the United Nations is calling on North Korea to repatriate 11 South Koreans who were abducted on a hijacked plane 50 years ago.

Korean Air Lines flight YS-11 was hijacked in December 1969 with 50 South Koreans on board and forced to land in North Korea. Thirty-nine of the passengers were released on Feb. 14, 1970 -- 50 years ago today -- but the fate of the remaining 11 passengers and crew is still unknown.

"It is entirely unacceptable that the families of the remaining 11 individuals have waited 50 long years in limbo with no information about their loved ones," said a group of U.N. experts including Tomás Ojea Quintana, special rapporteur on human rights in North Korea, in a statement released Thursday.

"We call on the DPRK to urgently provide information about their fate and whereabouts and to allow them to freely communicate with their relatives," the experts said. The Democratic People's Republic of Korea is the official name of North Korea.

The experts also expressed concern over allegations that some of the individuals have been tortured during their disappearance.

"To date, no independent investigations have been conducted into the hijacking, disappearance or alleged torture, as required by the DPRK's international obligations," the statement said.

Hwang In-cheol, 52, whose father, Hwang Won, was one of the abductees, told UPI he was grateful that the United Nations spoke out on behalf of the abductees, noting that there is an international treaty against hijacking.

"Following this convention, the KAL case is unbelievable," he said. "[The abductees] were kidnapped against their will. Not only a meeting but also repatriation should happen under proper principles and procedures."

Hwang was 2 years old when his father, a radio producer, boarded the fateful KAL flight. He said that his father's disappearance and the subsequent absence of information has been an ongoing source of pain and trauma for his family.

"In today's world, it is possible to communicate freely using Skype and the Internet," Hwang said. "Not being able to contact my father is so tragic. My whole family has suffered a great deal from this case."

Hwang, who has become an outspoken advocate calling for the return of his father and the other abductees, added that his father attempted to escape from North Korea in 2013 but was unable to pull off the plan.

"He really wants to reunite with his family," Hwang said.

Pyongyang has denied the kidnappings, saying that the 11 remaining passengers chose to stay in the country voluntarily.

North Korea has a long history of abductions of South Korean and Japanese nationals. The Korean War Abductees Families Union, a victim's advocacy group, estimates that up to 100,000 South Koreans were abducted during the 1950-53 Korean War.

South Korea's Ministry of Unification says 516 abductees taken after the war remain in the North, most of them fishermen.

In 2014, a United Nations Commission of Inquiry found that North Korean authorities had committed crimes against humanity against victims of international abduction and other persons denied repatriation.

"It is high time that the DPRK start genuine cooperation to clarify the fate and whereabouts of these 11 individuals as well as all the other disappearances cases," the experts said. The group said it has written to the government of North Korea to raise their concerns about the issue.