North Korea state media has claimed Pyongyang has stepped up measures against the coronavirus since the outbreak began in China. File Photo by Stephen Shaver | License Photo

China's Shenyang Daily reported a 87-year-old man in Liaoning province died at a hospital in Huludao, a coastal prefecture-level city in the southwest, while undergoing treatment.

The patient had been reportedly ailing from avascular necrosis of the femoral head, or the death of bone tissue due to a lack of blood supply, for about a decade, according to the Chinese newspaper. The patient was confirmed for COVID-19 on Friday, and his condition became worse on Tuesday before he died on Thursday, the report said.

Other Chinese provinces facing North Korea have reported deaths. Jilin Province, known for its ethnic Korean-Chinese population, reported its first death Feb. 6. The patient was an 81-year-old man residing in Siping, located between Shenyang and Changchun, two major cities in the region. The patient was confirmed for the virus after returning from the central Chinese city of Wuhan, where he had met with his daughter, according to South Korean news agency Yonhap.

Heilongjiang Province has also reported nine deaths. Patients were in their 60s, 70s and 80s, the report says.

North Korea has denied claims the country has confirmed patients, or any deaths resulting from the deadly outbreak that has claimed more than 1,300 lives in neighboring China.

"By strictly supervising and controlling activities that impede disease prevention, we are making sure the new strain of coronavirus never enters our country," North Korea state media said.

North Korea declared a state of emergency over the outbreak in January. 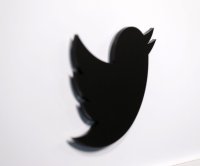 World News // 14 minutes ago
North Korea may have mentioned 'opinion-driven' Twitter in newspaper
March 3 (UPI) -- U.S. social media platform Twitter may have been mentioned in North Korean state media, possibly for the first time, in an article that described in detail the role of the network in delivering "opinions and news." 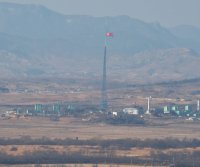