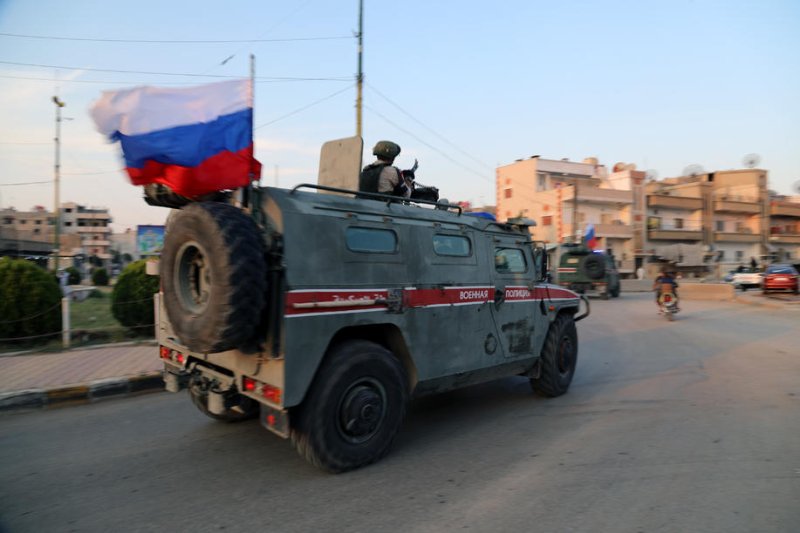 The incident at a checkpoint near the border town of Qamishli in which a Syrian fighter was killed by U.S. troops highlighted the increasingly complicated ground situation in the region, analysts said.

U.S. patrols fighting the Islamic State in northeastern Syria have had several low-level confrontations with civilian Syrian militias and Russian forces backing President Bashar al-Assad in his nine-year war against rebels, but the latest incident was the highest-profile dispute yet between U.S. troops and Assad's forces.

In addition to the slain Syrian militia member, a 14-year-old civilian was wounded after locals tried to block a convoy of U.S. armored vehicles. The situation escalated when angry civilians began pelting the soldiers with rocks, observers said.

Military spokesman Col. Myles B. Caggins III said the troops "issued a series of warnings and de-escalation attempts" but then came under small arms fire. The casualties happened when they were defending themselves, he said.

An American solider was slightly wounded in the incident and has since returned to duty.

The Qamishli incident also involved Russian troops which arrived in an attempt to defuse the situation, the London-based Syrian Observatory for Human Rights reported.

The Russian military said the clash happened because the U.S. convoy "deviated from its route" and that further casualties were avoided "thanks only to the efforts of Russian servicemen who arrived at the scene."

U.S. and Russian troops in recent weeks have been involved in a series of stand-offs in northeastern Syria, where Moscow has been ramping up its military presence within U.S.-controlled regions.

"These are not daily occurrences, but they have been increasing in number," State Department Syria negotiator James Jeffrey said last week. "It's troubling."