The plant is projected to cost $13.3 million and open in 2022. Photo courtesy Moscow Institute of Physics and Technology

Jan. 31 (UPI) -- A new Russian-built research station that operates without oil or natural gas will be located in the heart of Moscow's greatest concentration of natural gas in the Arctic, officials said.

The autonomous Station Snezhinka, or "snowflake" complex, will be created as an international platform for engineers, researchers and scientists in Russia's sparsely-populated Yamal-Nenets region, an Arctic area about 1,000 miles northeast of Moscow.

Meant for the study of climate research, environmentally friendly life support technologies, robotics, telecommunications and smart home applications, the outpost will be entirely powered by hydrogen and renewable energy sources, officials say. Incidentally, it will sit in the region that produces 80 percent of Russia's natural gas and 12 percent of its oil.

The project is supported by the Arctic Council, an intergovernmental forum of eight countries adjoining the Arctic Ocean, and will open in 2022, a presentation said this week. Nikolay Kudryavtsev of the Moscow Physical-Technical Institute said it will cost $13.3 million and be built near Salekhard in Russia's Yamal-Nenets region.

The plan is a departure from what Yamal-Nenets Gov. Dmitry Artyukhov said just a year ago.

"[Renewable energy] is not for us," he said then. "Our mission is to produce hydrocarbons and deliver it to the markets."

World News // 10 hours ago
Wassily Kandinsky painting thought lost for 70 years sells for $1.4M
June 22 (UPI) -- A watercolor painting by Russian artist Wassily Kandinsky believed to be lost for more than seven decades has sold at auction for $1.4 million.

World News // 19 hours ago
Singapore woman receives 30-year prison term for death of Myanmar maid
June 22 (UPI) -- A Singaporean woman who beat and burned her housemaid from Myanmar with a clothing iron before choking her to death was sentenced to 30 years in prison. 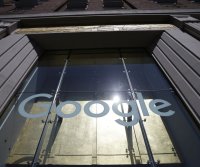 World News // 21 hours ago
EU investigators looking at whether Google abuses power in digital ad market
June 22 (UPI) -- The European Union said Tuesday it's investigating Google over whether the U.S. tech giant is stifling competition in the bloc by favoring its own digital advertising platform.
Advertisement