The Syria Civil Defense, also known as the White Helmets, said the attacks in Idlib's Ariha district injured 50 others. The hospital is no longer operational following the strike, which Turkish officials say broke cease-fire rules that designate Idlib province a safe de-escalation zone.

"[Eleven] innocent civilians, including children, were retrieved from the rubble after midnight, and 50 people were rescued alive," the group tweeted.

The Syrian Arab Army said Thursday it found a workshop that assembled shells and a network of tunnels in Mouaskar al-Hamidiyah, in the province's southern countryside.

Idlib province has been a longtime stronghold for armed insurgent groups since the beginning of the Syrian civil war in 2011. Hundreds of thousands have traveled to Idlib after being displaced from other locations.

Turkey and Russia agreed in 2018 to turn Idlib into a de-escalation zone where residents could avoid fighting, but the White Helmets say government forces backed by Moscow have been carrying out attacks there for weeks.

The United Nations Human Rights Council said 81 civilians, mostly women and children, have died as a result of government air and ground assaults in Syria between Jan. 15 and Jan. 23.

World News // 2 hours ago
North Korea suggests it may resume ICBM, nuclear tests
SEOUL, Jan. 20 (UPI) -- North Korean leader Kim Jong Un said it was time to "examine the issue of restarting all temporally suspended activities" in an apparent reference to lifting its moratorium on long-range missile and nuclear weapons. 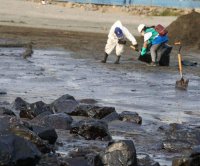 World News // 14 hours ago
Seniors join climate fight in South Korea, redress for 'dark side' of economic boom
SEOUL, Jan. 19 (UPI) -- Dozens of senior citizens took to the snowy streets of Seoul on Wednesday to lend their voices to a climate movement that is typically the domain of much younger activists. 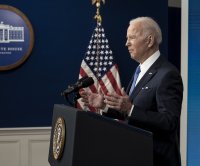 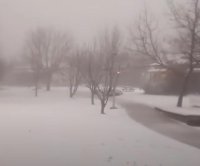