Palestinian leader Mahmoud Abbas to Trump peace plan: 'No, no and no' 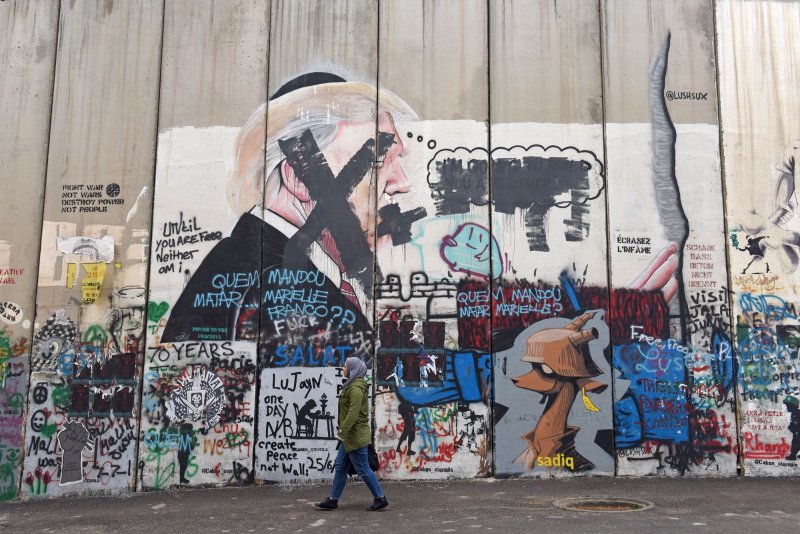 The Palestinian leadership showed a rare gathering of unity as the Palestinian Authority, Hamas and Islamic Jihad meet before Abbas' responded to the Trump peace deal. Photo by Debbie Hill/UPI | License Photo

At a meeting in the West Bank Tuesday, the leader of the Palestinian Authority called the plan "the slap of the century," as opposed to the "deal of the century" as it was touted by Trump and Israeli Prime Minister Benjamin Netanyahu.

The proposal calls for a two-state solution, turns over chunks of the West Bank to the Palestinians and makes a conditional offer to place the Palestine capital in a part of East Jerusalem. Trump and Netanyahu said the plan is a "realistic" path to peace, but they didn't at all include Palestinian leaders in drawing up the framework of the proposal.

"We say a thousand times: No, no and no to the 'deal of the century,'" Abbas said, vowing that the U.S. plan "will not come to pass" and that "our people will send it to the dustbins of history."

The Palestinians have boycotted the United States after a series of moves made by the Trump administration since 2017 they see as having a pro-Israel bias.

Trump's plan also allows for Israel annexation of territory in the West Bank it occupied after the 1967 Six-Day War. The Palestinians and the United Nations consider the occupation, and the building of Jewish settlements there, to be illegal, and the Palestinians have long demanded that any future state be mapped out along pre-1967 lines with Jerusalem as its capital.

In return for accepting the proposal and renouncing the "terrorism" of the Palestinian militant organization Hamas, Trump and Netanyahu have offered $50 billion in aid.

Abbas, however, said the offer amounts to a bribe, asserting that "Jerusalem is not for sale" and that the Palestinian people's "rights are not for sale or bartering."

"Will we accept a state without Jerusalem? It is impossible for any Palestinian, Arab, Muslim or Christian child to accept that," he said.

"The so-called 'Vision for Peace' is simply the dream project of a bankruptcy-ridden real estate developer," he tweeted. "But it is a nightmare for the region and the world. And, hopefully, a wake-up call for all the Muslims who have been barking up the wrong tree."

Turkish President Recep Tayyip Erdogan said any deal in which the Palestinians are denied a say over Jerusalem was "unacceptable."

"Jerusalem is sacred for Muslims," he said. "The plan to give Jerusalem to Israel is absolutely unacceptable. This plan ignores Palestinians' rights and is aimed at legitimizing Israel's occupation."

World News // 1 hour ago
Former Vatican bank chief sentenced to 9 years for embezzlement
Jan. 22 (UPI) -- The former head of the Vatican bank was sentenced to almost nine years in prison for money laundering and a real estate embezzlement scheme during the pontificates of Pope John Paul II and Pope Benedict.

World News // 3 hours ago
British court sends 4 to prison for 2019 lorry deaths of 39 migrants
Jan. 22 (UPI) -- A British court on Friday sentenced four people to prison, including the ringleaders of a human trafficking operation, for the deaths of 39 Vietnamese migrants who died after being smuggled into Britain in 2019.

World News // 5 hours ago
U.N. official says rape, sexual violence rising in Ethiopia's Tigray conflict
Jan. 22 (UPI) -- A top United Nations official is demanding an end to sexual violence in the Tigray region of Ethiopia that has resulted from fighting between government forces and local factions.

World News // 5 hours ago
Japan, IOC reject report that officials expect to cancel Tokyo Olympics
Jan. 22 (UPI) -- Japan and the International Olympic Committee on Friday both denied a news report that claims officials expect they will have to cancel the upcoming Summer Games in Tokyo due to ongoing threats related to COVID-19.

World News // 11 hours ago
Google threatens to remove search from Australia over new law
Jan. 22 (UPI) -- Google threatened to disable its search engine in Australia if the government passes new regulations that would force large tech companies to negotiate with news organizations to present the content they produce. 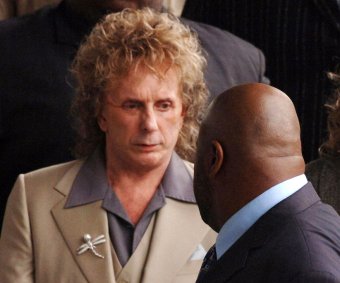