The homeless population of Seoul numbers more than 3,000, according to a recent press report. File Photo by Jeon Heon-kyun/EPA

Jan. 27 (UPI) -- A South Korean man is making a difference among the community of homeless men and women in Seoul with a mobile shower trailer, according to a local press report.

Lee Dae-yu, 58, a private citizen who says he was affected by the financial "IMF" crisis of 1997-98 but now runs a truck that includes free facilities for the homeless in South Korea's largest city, has been operating the trailer since July 2018, Chosun Ilbo reported Monday.

Seoul's homeless population is estimated to be about 3,253 people. Lee says he has offered services to about 800 homeless men and women.

"The homeless are no different from others," Lee told the newspaper. "Rather than unconditionally condemning or ostracizing them, if you give them a chance to [solve their own problems], their situation gets better."

In addition to offering showering facilities without charge, the truck gives out free food, including instant noodles and tea. Lee says users of the trailer are required to cook their own food and clean up after themselves. Lee also said the rules allow the people to learn to help themselves. Learned helplessness is an obstacle for the homeless, he added.

Lee, who says he has had his own share of past troubles, initially began operating the trailer using his own funds and those of friends and acquaintances, about $17,000 in total. The trailer usually operates on the weekends, and costs about $340 per visit, when dozens of homeless people can use the facilities.

Last month Lee began to receive financial support from the Korea Disaster Relief Association. The city of Seoul is providing some support on the cost of electricity, the report says.

Homelessness is a rising concern in South Korea, where high home prices drive out lower-income households. Vulnerable groups, including young single parents, are being affected, and one out of 10 parents are raising a child without a permanent home at least temporarily, according to the Korea Herald.

World News // 10 hours ago
U.S., Taliban begin reduction in violence amid potential peace deal
Feb. 22 (UPI) -- U.S. forces and Taliban fighters began a near cease-fire Saturday as part of an agreement to reduce violence for a week to potentially secure a peace deal, a top U.S. military commander said. 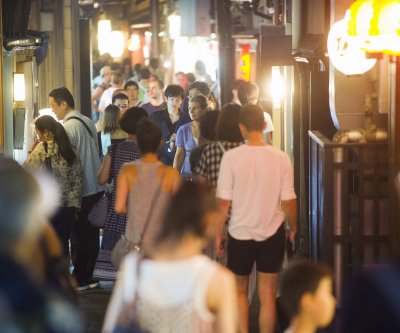