By
Allen Cone and Sommer Brokaw 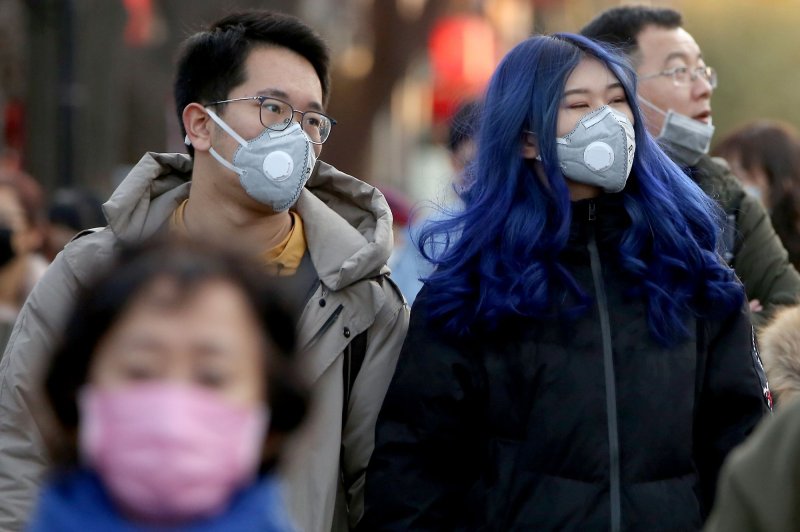 One of the capital's major temple fairs is closed due to the coronavirus outbreak in Beijing. Photo by Stephen Shaver/UPI | License Photo

All major Chinese New Year events have been canceled in China's capital, along with all other large-scale activities in a bid to prevent the spread of the coronavirus. Photo by Stephen Shaver/UPI | License Photo

Jan. 25 (UPI) -- China's President Xi Jinping said his nation is facing a "grave situation" as the death toll from the coronavirus has risen to 56 with 1,985 cases of infection.

On Sunday, the China Global Television Network reported 46 of the deaths were in the mainland, and 10 total in Hong Kong, Macao and Taiwan. Also, there were 49 cured cases and 2,684 suspected ones.

One day earlier, Xi convened the Standing Committee of the Political Bureau of the Communist Party of China in Beijing.

"Life is of paramount importance. When an epidemic breaks out, a command is issued. It is our responsibility to prevent and control it," Xi said, according to state-run Xinhuanet.

He told party committees and governments at all levels that their top priority is is to treat infected patients, speed up the augmentation of medical personnel, and coordinate civilian and military medical resources.

"Party committees and governments at different levels have to make proper plans to contain the virus under the guidance of the Central Committee," he was quoted as saying by state broadcaster CCTV, according to the South China Morning Post.

"Hubei province has to regard virus prevention work as the most important task, and enforce stricter measures to stop the virus from spreading inside the province and spilling out into other areas. Isolation treatment should be provided for all infected patients."

Authorities were ordered to ensure sufficient supplies to Wuhan, the capital of Hubei province and the epicenter of the outbreak. No vaccine has been developed.

Xi said attention must be made to monitoring, screening and warning. And that includes timely, accurate and transparent release of information to address concerns from home and abroad.

It also confirmed another 180 new cases of pneumonia with new coronavirus in Hubei province, increasing the total number confirmed cases of the coronavirus to 1,459 in mainland China.

Three doctors in Beijing reportedly have been infected Tuesday and Saturday with the coronavirus, according to state media China National Radio. Two doctors came back from Wuhan and the third was sitting next to one doctor back from Wuhan in a meeting in Beijing.

The virus that likely began in December in a now-closed seafood market in the city of Wuhan , has spread to every province in China, except remote autonomous regions of Qinghai and Tibet.

In Wuhan, social media videos show patients in overcrowded hospitals. The Wuhan Municipal Health Commission said in a statement there was a shortage of beds and long outpatient lines in the city.

Authorities have placed tens of millions of people across 11 cities under indefinite travel restrictions to contain the spread.

The city of Wuhan, normally a transport hub, has been placed on lockdown since Thursday. Now, 15 Chinese cities in Hubei province, of which Wuhan is the capital, are in lockdown, impacting more than 57 million people. Lockdown orders vary from city to city, but all have experienced a halt in public transportation services. In Wuhan, and nearby Huanggang, markets, cinemas, roads, train stations and airports have been shutdown.

Festivities for the Lunar New Year holiday in China, which began Saturday, have been called off in Beijing, Hong Kong and other major cities to control the spread of the virus.

The number of cases in Australia rose after three who traveled from China to Sydney, Australia tested positive for the coronavirus, city health authorities said.

In Hong Kong, organizers in the city have canceled a marathon otherwise scheduled to take place in a couple of weeks amid fear of the coronavirus spreading as Hong Kong raised its response level to the virus to "emergency." The 70,000 participants in the marathon will receive refunds.

Chief Executive Carrie Lam said other large-scale events, such as the Spring Festival and Lantern Festival, will also be canceled. School is also canceled until Feb. 17.