Jan. 24 (UPI) -- North Korea accused the South of breaking with a previous military agreement on Friday.

Pyongyang propaganda service Uriminzokkiri said in a statement the South's 2020 report on military activities, made available earlier this week, endangers a 2018 pact regarding both armies, while planned U.S.-South Korea exercises in the spring are a violation.

RELATED The tale of KAL Flight 858, how woman who bombed it walks free

"South Korea's 2020 military report...exposes the vile mindset of the South Korean military that wishes to harm a unitary people."

North Korea's warnings to the South come at a time when it is "taking national measures to stop the spread of the coronavirus."

According to propaganda service So Kwang on Thursday, North Korea is making nationwide efforts to prevent the virus spreading from China, its biggest trading partner.

So Kwang also said North Korea is "working in close cooperation with the World Health Organization" as the virus "spreads to various countries around the world."

North Korea has previously had to deal with epidemics originating from China, including African swine fever, a deadly outbreak among pigs and other species of hog.

Yonhap reported Friday South Korea has confirmed new cases of ASF at the border. A total of two wild boar, one in Hwacheon, Gangwon Province, and another in Paju, Gyeonggi Province, have been recently found.

A total of 106 wild boar, including wild boar carcass, have been found to have been infected since 2019.

World News // 2 hours ago
Former Congo leader Joachim Yhombi-Opango dies of coronavirus
March 31 (UPI) -- Jacques Joaquim Yhombi-Opango, the former president of the Republic of the Congo, has died from complications related to the coronavirus disease, his family said. He was 81.

World News // 4 hours ago
Coronavirus outbreak deepens worldwide as China's industry rebounds
March 31 (UPI) -- China on Tuesday announced its manufacturing sector was recovering after its markets took a steep hit due to the coronavirus outbreak while countries the world over were tightening quarantine restrictions. 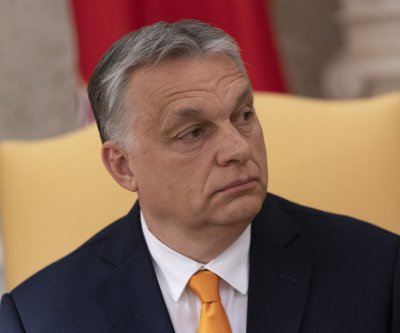 World News // 19 hours ago
Myanmar braces for surge in coronavirus cases
March 30 (UPI) -- Myanmar is warning a spike in cases of the novel coronavirus could take place within its borders as more than 20,000 migrant workers return from neighboring Thailand.

World News // 20 hours ago
Israeli PM Benjamin Netanyahu: Video shows no need for quarantine
March 30 (UPI) -- Israeli Prime Minister Benjamin Netanyahu and his aides should not have to quarantine even though an adviser tested positive for the coronavirus, his office said Monday.

World News // 1 day ago
WHO warns against neglecting non-coronavirus patients
March 30 (UPI) -- The coronavirus pandemic is stretching nations' healthcare systems to capacity and could put non-COVID-19 patients at risk, the World Health Organization said in an update Monday.