Bong Joon-ho's film is in the spotlight as Korean popular culture goes mainstream in the United States.

From left to right, "Parasite" cast members Lee Jung-Eun, Park So-dam, Yeo-Jeong Cho and Hyae Jin Chang arrive at a photocall for the film  at  the Cannes International Film Festival in France on May 22. File Photo by David Silpa/UPI | License Photo

Kang-ho Song arrives at a photocall for the film at Cannes. File Photo by David Silpa/UPI | License Photo

The film's six Oscar nominations, which include best picture, reflect the heightened attention being paid to Korean popular culture with the ascendancy of superstar music groups like BTS.

Noh Kwang-woo, a lecturer at Korea University and a film columnist for South Korean newspaper Hankyoreh, told UPI Parasite's nominations are a significant achievement for Korean cinema and a turning point for Hollywood.

Noh, who founded the New York Korean Film Festival two decades ago but now lives in Seoul, said the Academy's decision to nominate Bong's film for best original screenplay took him by surprise.

Parasite is a shoo-in for best international film, but Noh said it's also "worth hoping for" wins in the production design and film editing categories.

RELATED 'Snowpiercer' series to debut on TNT May 31
Poverty in 'Parasite' (Spoiler Alert: This section contains spoilers for the film)

Bong has previously addressed class inequality in his movies, but Parasite is the first recent film that tightens his focus on contemporary Korean society.

For viewers unfamiliar with South Korea, the setting of the film could be exotic terrain -- but Bong parses out the economic hierarchy in a way that's instantly recognizable. It's a portrayal that lays bare the director's "sense of humor," Noh said.

The Parks live lavishly in an ultramodern estate; the Kims, who work for them, squeeze by in a half-basement residence; a third family secretly live in a concealed underground bunker in the Parks' palatial residence.

"The three tiers allegorize the class divide in South Korea: the newly rich, the once middle-class now poor, and the jobless and homeless," Noh said.

Parasite's final scene, in which the son of the downwardly mobile Kim family returns to buy the estate where he once worked -- after attaining financial success -- is open to interpretation. But there's nothing ambiguous about the scene for South Koreans. It is clearly a fantasy, Noh said.

"Realistically speaking in Korea, that boy cannot live like that," the analyst said. "He is just a high school graduate, then a temp worker. It's kind of like a dream for him."

A college degree may also no longer be a ticket out of poverty.

Prior to the bailout, known as the "IMF crisis," it was "considered normal or ideal that college graduates became white-collar workers and joined the middle class."

According to Noh, some Koreans post-crisis emerged intact, but others shifted to precarious jobs, or even descended into homelessness, a shift from Korea's boom years.

Those who stumbled and were relegated to the position of "parasite" after the crisis were not always regarded as inferior. Noh says the title of Bong's film is a nod to the scores of anonymous Korean men and women who once led dignified lives while managing small businesses, not unlike actor Song Kang-ho's character, "poor dad" Kim Ki-taek.

"They were not 'parasites' but a self-maintained middle class," Noh said. "However, they fell into 'the position' of parasite due to a series of failures after the 1997 IMF crisis."

Making it in America

Critically acclaimed Korean films are regulars in the film festival circuit, but Korean media overall could still be struggling to gain recognition in the United States.

Michelle Cho, an assistant professor of East Asian studies at the University of Toronto, told UPI that gatekeepers in U.S. media may have avoided acquiring or distributing foreign language productions.

"Not only in the sphere of pop music but also in television and film, the assumption has been that mainstream North American audiences do not respond positively to non-English-language media," Cho said.

"The other primary factor is that the United States has long been the hegemonic industry player in popular media production, the exporter not the importer of culture. U.S. audiences tended not to look elsewhere for popular media."

There have, of course, been exceptional breakthroughs, exemplified in the tremendous success of South Korean bands like BTS.

The band's Korean-language songs have earned top spots on U.S. Billboard charts, and the seven members -- Jin, Suga, J-Hope, RM Jimin, V, Jungkook -- are adored by fans around the world who call themselves the "ARMY."

Colette Balmain, a senior lecturer in film and media at Kingston University in London, told UPI that BTS is a "game changer" for representing Korean culture and also for defying gender norms with a "vulnerable masculinity."

"The message is very important, the message of loving yourself, and [championing] gender equality," she said.

Balmain, who has organized academic conferences around the theme of BTS, said she's met older female fans who have "found motivation to keep on going" after coming across the band.

Cho, who studies BTS's social media activities, said the band comes across as "real" personalities as young idol performers and a tight-knit group of friends.

"Their characters and their candid selves are sometimes impossible to distinguish," Cho said.

BTS is expected to perform with Lil Nas X at the 2020 Grammy Awards on Sunday, Variety reported Wednesday. 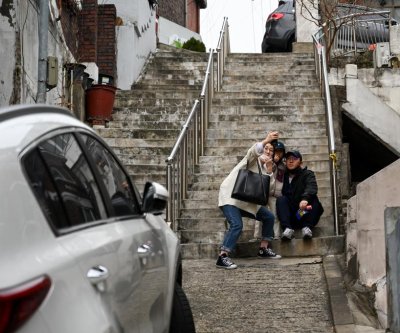 World News // 2 hours ago
Dutch appeals court reinstates $50B award against Russia
Feb. 18 (UPI) -- A Dutch appellate court on Tuesday reinstated a $50 billion arbitration award filed against the Russian government on behalf of the shareholders of the long-defunct Yukos Oil Co. 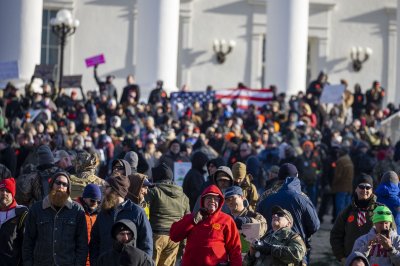