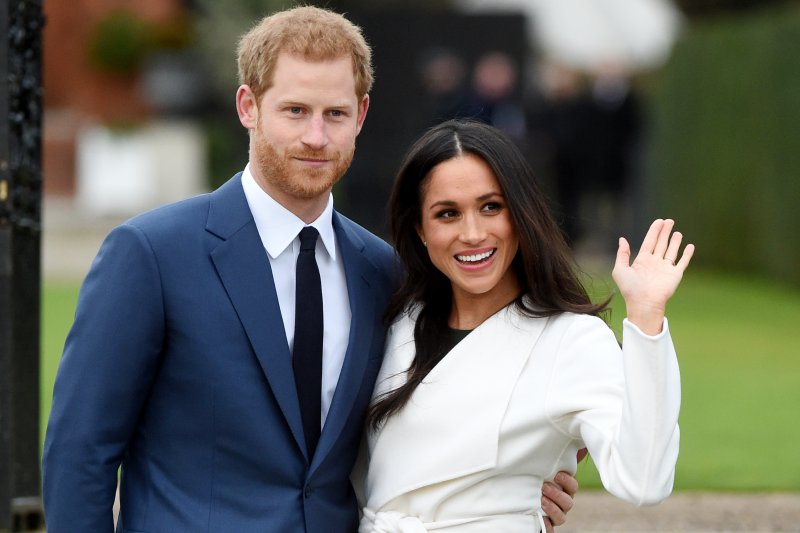 The couple lives in Vancouver, British Columbia, after announcing they will step away from royal duties in Britain. File Photo by Facundo Arrizabalaga/EPA-EFE

Jan. 21 (UPI) -- Britain's Prince Harry arrived in Canada Tuesday to join his wife, Meghan Markle, to begin a historic period of their lives detached from their traditional royal duties.

Both agreed last weekend to an agreement to give up their royal titles and public funding in Britain in exchange for living independently in North America with their eight-month-old son, Archie.

Harry was photographed stepping off a plane at Vancouver's airport with his security detail and getting into a waiting car.

"Our hope was to continue serving the Queen, the commonwealth, and my military associations, but without public funding. Unfortunately, that wasn't possible," Harry said at a charity fundraiser in London on Sunday in his first comments since announcing the couple's plans to step back from their royal duties.

"I've accepted this, knowing that it doesn't change who I am or how committed I am," he added.

Harry met with the prime minister on the sidelines of the Britain-Africa Investment Summit for a private, 20-minute conversation.

Before Harry's arrival Tuesday, photographers had taken pictures of Markle as she walked their dogs on Vancouver Island -- an incident that has now prompted threats of legal action.

The couple will pursue new financial independence, partly from books and speaking engagements. They receive 95 percent of their income from property and investments via Prince Charles, Harry's father, and 5 percent from the taxpayer-funded Sovereign Grant.

The couple must repay about $3.1 million it cost taxpayers to renovate their Windsor home and they will stop receiving money from the grant.

World News // 2 hours ago
Truck driver among 7 charged in Taiwan train crash
April 16 (UPI) -- Authorities in Taiwan on Friday charged seven people -- including the operator of a crane truck -- in a train crash that killed dozens of people earlier this month.