The bodies of two Chinese nationals were found near a popular tourist site in Iceland featuring the wrecked fuselage of an American DC-3 which crashed in 1973. Photo by Lydia Harper/Wikimedia Commons

Jan. 17 (UPI) -- Police in Iceland Friday were investigating the deaths of two Chinese tourists found dead along a hiking trail leading to the site of a decades-old American plane wreck.

The bodies of a man and woman in their 20s were discovered by a hiker Thursday near Sóheimasandur, Iceland, located along the island's southern coast about 100 miles east of Reykjavik.

They were found near a trail leading from the coastal highway to a beach where the wreck of a DC-3 plane that crashed in 1973 is popular with tourists. The fuselage of the plane is still visible at the site. No one was killed in the accident.

South Iceland Police Superintendent Oddur Árnason told the Iceland Monitor the two victims appeared to have died from exposure, but the cause of death will not be officially determined until the autopsy. No foul play is suspected.

The Chinese embassy had been notified of the deaths, officials said. A rental car belonging to the tourists was found in a parking lot at Sóheimasandur.

There were weather warnings posted on Monday when it is believed the victims had driven to the plane wreck site, Icelandic broadcaster RUV reported. Strong storms were sweeping across Iceland with sharp wind gusts, followed by heavy snowfall and poor visibility.

World News // 4 hours ago
South Korean economy grows in fourth quarter, ends year down 1%
SEOUL, Jan. 26 (UPI) -- South Korea's GDP shrank by 1% in 2020 on fallout from the COVID-19 pandemic, the Bank of Korea announced on Tuesday, marking the worst growth in more than two decades but pointing towards a rebound in 2021. 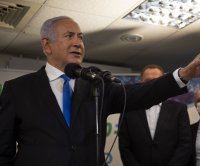 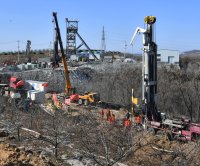 World News // 19 hours ago
10 missing at collapsed China gold mine confirmed dead
Jan. 25 (UPI) -- The remaining 10 gold miners who became trapped and unaccounted for following two explosions a couple weeks ago were confirmed dead on Monday.

World News // 22 hours ago
Hundreds arrested after riots in 10 cities in the Netherlands
Jan. 25 (UPI) -- Police in the Netherlands arrested hundreds of rioters, mostly in Amsterdam, as groups of young men in multiple cities vandalized shops and set fires Sunday night.