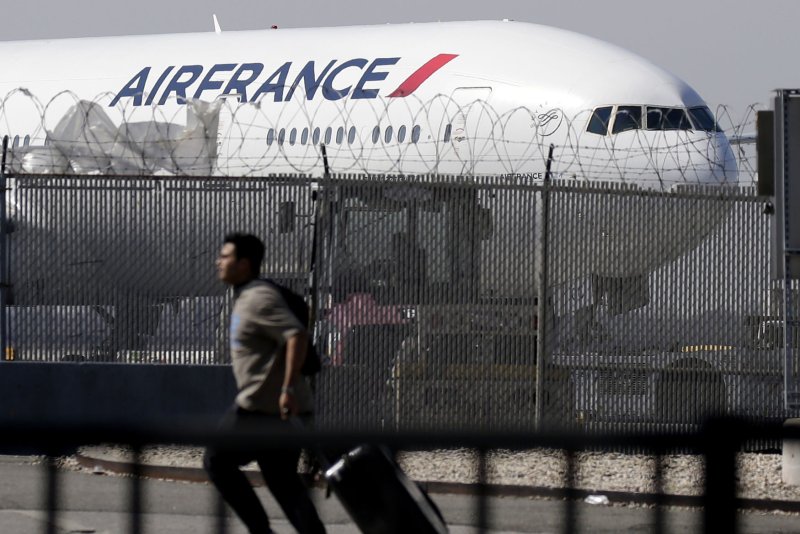 The Ivorian Coast Transport Ministry said it's investigating how a 15-year-old boy gained access to the undercarriage of an Air France flight before dying. File Photo by John Angelillo/UPI | License Photo

Jan. 11 (UPI) -- The body of a child stowaway found in the undercarriage of an Air France airplane was that of a 15-year-old Ivorian Coast boy, the country's Transport Ministry announced.

"His identity was confirmed by his parents," the ministry said Friday.

Workers at Paris' Charles de Gaulle Airport discovered Any's body on a Tuesday long-haul flight that originated from Abidjan. They believe he died from either extreme cold or asphyxiation.

Transport Minister Amadou Koné said CCTV footage showed that the boy gained access to the plane's undercarriage by gripping the landing gear as the plane prepared to take off.

The government said it's conducting an investigation to determine how Any gained access to the plane.

"The government reassures the users and operators of Abidjan airport that the circumstances of this tragedy are not such as to call into question the important results obtained and which led to the safety and security certifications of the airport of Abidjan," Koné said.

World News // 7 hours ago
Korean firms chalk up record profits amid COVID-19
SEOUL, May 7 (UPI) -- COVID-19 may have had a devastating impact on the global economy, but some South Korean companies racked up outstanding earnings during the first quarter of 2021.

World News // 10 hours ago
U.N. alarmed by Brazil drug raid that killed at least 25 in Rio
May 7 (UPI) -- The United Nations Human Rights Office called for an investigation Friday into a Brazilian police operation that led to the deaths of at least 25 people, including a police officer.

World News // 10 hours ago
North Korea warns against 'carriers' of 'malicious viruses' after leaflet launch
May 7 (UPI) -- North Korea's state media said it is strengthening anti-epidemic measures to prevent the novel coronavirus from entering the country.

World News // 11 hours ago
Leaders ready to 'intensify process' for U.S. to return to Iran nuclear deal
May 7 (UPI) -- High-level talks aimed at returning the United States to the Iran nuclear deal resumed on Friday in Vienna with some indications of optimism at the summit.

World News // 11 hours ago
Report: U.S. seeks judgment on North Korea sanctions violators
May 7 (UPI) -- The U.S. Attorney's Office for the District of Columbia is seeking to seize about $2.3 million in assets from three entities.