Erdogan: Turkish parliament to vote on sending troops to Libya

Dec. 26 (UPI) -- The Turkish Parliament will soon consider a measure that would send troops to Libya to support the United Nations-backed administration in Tripoli, President Recep Tayyip Erdogan announced Thursday.

Speaking in Ankara to provincial leaders of his ruling AK Party, Erdogan said the government will put the proposal on Parliament's agenda as soon as it returns from his year-end recess early next month.

The move comes less than a week after Parliament approved a new security and military deal with Libya's U.N.-recognized Government of National Accord. The measure calls for Turkey to provide military training and equipment if the GNA requests it as it fights militia leader Khalifa Haftar, who controls Libya's eastern regions.

Turkey has already received a request from Libya, the Turkish president said.

Turkey and Qatar support the GNA led by Prime Minister Fayez al-Sarraj, which holds Tripoli, while Haftar is supported mainly by Egypt, the United Arab Emirates and Russia.

"They support a warlord but we support the legitimate government and accept their invitation to send troops. This is what makes us different," Erdogan said. 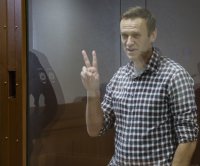 World News // 14 hours ago
China, India agree to diplomatic hotline after deadly clash
Feb. 26 (UPI) -- China and India agreed to establish a hotline between their top diplomats, but reports indicate differing views prevailed over the issue of disputed areas. 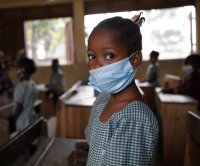