U.S. recalls ambassador to Zambia after dispute over gay rights

Dec. 24 (UPI) -- The United States has recalled its ambassador to Zambia after he waded into a dispute over gay and lesbian rights with the president of the southern African nation.

The U.S. State Department confirmed Monday it has recalled diplomat Daniel Foote after it was told Zambian President Edgar Lungu would no longer work with him.

Saying they were "dismayed" by Lungu's stance, U.S. officials conceded Foote's position in Zambia was "no longer tenable" after the American envoy last month criticized 15-year prison sentences handed down to two gay men convicted of having sex. Sexual relations among gay Zambians, even consensual, is outlawed.

The department said there are no immediate plans to send another diplomat to Zambia, Bloomberg reported.

"Despite this action, the United States remains committed to our partnership with the Zambian people," a State Department spokesperson said, emphasizing that the United States "firmly opposes abuses against" lesbian, gay, bisexual, transgender and intersex persons.

Zambian Foreign Minister Joseph Malanji first registered displeasure with Foote last month after the U.S. ambassador said he was "horrified" at the long prison terms imposed on the gay men.

Malanji said the government strongly disagreed with Foote's view, and concluded that his questioning Zambian courts "is tantamount to questioning the Zambian Constitution." 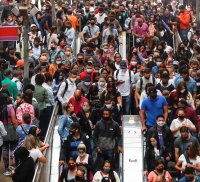