A member of the public places flowers at a makeshift memorial near the Al Noor Masjid in Christchurch, New Zealand, on March 16, 2019. A gun ban passed after a shooting at two mosques went into effect Saturday. File Photo by Mick Tsikas/EPA-EFE

Dec. 21 (UPI) -- New Zealand's new ban on semi-automatic weapons went into effect Saturday after the government recovered more than 50,000 guns as part of a buyback program.

After the passage, New Zealand began an amnesty period and a six-month buyback program to get the newly banned weapons out of people's homes. People who violate the law face five years in prison.

Minister of Police Stuart Nash said it's unclear how many of the illegal weapons have yet to be collected. Police estimates indicate there are about 1.2 million firearms in New Zealand.

The government spent about $66 million in the buyback program, which also collected about 188,000 banned parts.

Critics of the new law said some gun owners have hidden their weapons rather than turn them in. The Council of Licensed Firearms Owner estimated people had kept about two-thirds of the banned weapons.

"Despite our best efforts to encourage compliance, we know owners have been so disappointed by the settings of the ban and its poor implementation that many can't bring themselves to comply," spokeswoman Nicole McKee said.

Gun owners "never overcame being blamed by authorities for being somehow responsible for a heinous act of terrorism -- something they would never do."

World News // 4 hours ago
Reports: Israeli warplanes target Syrian weapons lab, at least 9 killed
June 5 (UPI) -- At least nine people were killed in an Israeli airstrike on a suspected weapons lab and factory in Syria on Thursday, according to a Syrian non-governmental organization based in Britain.

World News // 4 hours ago
Suspect in Madeleine McCann case linked to missing German girl
June 5 (UPI) -- Authorities said Friday a new suspect in the mysterious 2007 disappearance of 3-year-old Madeleine McCann is now being investigated for a similar case in Germany.

World News // 4 hours ago
U.N.: Violence in Congo leaves 1,300 civilians dead over 8 months
June 5 (UPI) -- About 1,300 civilians have been killed in the Democratic Republic of the Congo amid conflict involving government forces and armed opposition groups, the United Nations High Commissioner for Human Rights said Friday.

World News // 6 hours ago
Father of Japanese abductee to North Korea dead at 87
June 5 (UPI) -- The father of a Japanese citizen who was abducted to North Korea as a teenager has died after decades of activism that drew international attention to Pyongyang's secret program of kidnappings.

World News // 7 hours ago
North Korea's economy stabilizing after first wave of COVID-19, research says
June 5 (UPI) -- The coronavirus pandemic has had a limited impact on the North Korean economy, but could affect its state-owned enterprises in the long term, according to South Korean researchers. 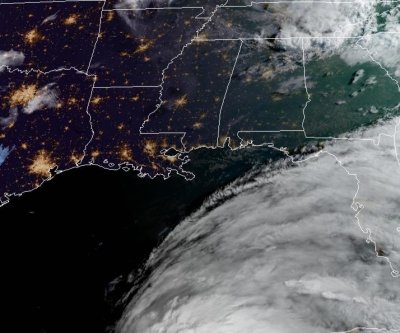