Study: British forces would be 'outgunned', defeated by Russia 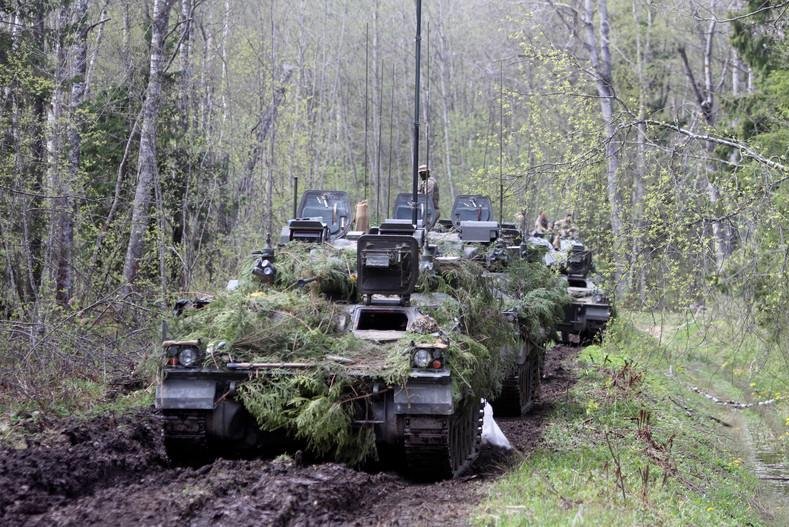 A British armored vehicle practices during a military exercise near Sillamae, Estonia, on May 7. File Photo by Valda Kalnina/EPA-EFE

Nov. 27 (UPI) -- British land forces would be "outranged, outgunned and thereby defeated" by the Russian military if the two nations engaged in a "high intensity" battle in Eastern Europe, a military and security think tank said in a new analysis Wednesday.

The study, published by the Royal United Services Institute, contended that a "critical shortage of artillery" and "lack of transportation capacity" have rendered British conventional forces in Eastern Europe ineffective as a credible deterrent against a theoretical Russian ground advance.

Britain's National Security Strategy relies on ground forces stationed in Estonia and elsewhere in Eastern Europe to counter a possible offensive from Russia. But Moscow's advances in longer artillery ranges, course-correcting seeker munitions, improved sensor data and other areas have tilted the odds, the 62-page report -- titled "The Future of Fires: Maximizing the U.K.'s Tactical and Operational Firepower" -- concluded.

"If conventional deterrence is to remain a key component of the U.K.'s National Security Strategy, then the modernization of its fires capabilities should be a top priority," RUSI analysts said in a statement.

Most urgently needed, they said, are sufficient British stockpiles of "anti-armor area-effect munitions" and new capabilities to deploy them rapidly.

Britain's strategy of positioning ground forces in Eastern Europe was established with NATO in 2015 after Russia's widely-denounced annexation of Crimea.

Responding to the RUSI report, the British Ministry of Defense said it works closely with NATO allies "across air, sea, land, nuclear and cyber to deter threats and respond to crises."

"As the largest NATO defense spender in Europe, the U.K.'s armed forces are well equipped to take a leading role in countering threats and ensuring the safety and security of British people at home and abroad."

World News // 14 minutes ago
UNC Report: Unclear whether North Korean gunfire across DMZ was accidental
SEOUL, May 26 (UPI) -- The UNC announced Tuesday that it had finished its investigation into a gunfire exchange inside the DMZ in early May and was not able to determine if North Korea's initial shots were accidental.

World News // 13 hours ago
German government takes 20% stake in $10B Lufthansa bailout
May 25 (UPI) -- Lufthansa Group announced Monday that the airline will receive a $10 billion bailout from Germany, giving the government a 20 precent stake in the company and two seats on the airline's board.

World News // 21 hours ago
Ex-comfort woman decries 'betrayal' in South Korea activist scandal
May 25 (UPI) -- The former South Korean comfort woman who accused an activist of misappropriating funds said Monday she had been "betrayed overnight" after being "used" by lawmaker-elect Yoon Mi-hyang for three decades.