Nov. 20 (UPI) -- Russia is urging enhanced cooperation between the United States and North Korea as a senior North Korean diplomat met with officials in Moscow.

Morgulov said Choe was in Russia to discuss and coordinate on "international relations and regional issues from a strategic standpoint," according to Tass.

"Peaceful dialogue can only solve the problem between the two countries, and the important thing is to build trust," the Russian diplomat said.

North Korea has said this week it is prepared for a third official summit between U.S. President Donald Trump and Kim Jong Un, but that it was not interested in offering concessions.

On Tuesday, Morgulov suggested U.S.-North Korea talks, and meeting Kim's deadline, could be necessary for Pyongyang to stay on the course of reduced provocations.

"I remember North Korea's chairman of the state commission Kim Jong Un said before the start of 2020 that North Korea could consider changing routes if there was no significant progress," he said. "I hope there will be no need to change routes."

Morgulov also said Russia is "coordinating a new way of resolving the Korean Peninsula issue with China" and that the strategy will be shared with North Korea and the United States.

Russia and North Korea are expected to exchange information and views on denuclearization negotiations with the United States, according to Yonhap. 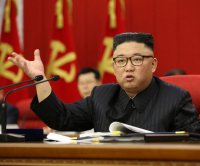 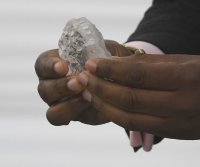 World News // 17 hours ago
Third-largest diamond in world thought to be found in Botswana
June 17 (UPI) -- A Botswana mining company has found what it believes to be the world's third-largest diamond, a 1,098-carat gem shown off to President Mokgweetsi Masisi this week.