Nov. 18 (UPI) -- The Russian government on Monday said it's returned three naval ships to Ukraine, a year after it seized them in the Kerch Strait.

Moscow used the ships as evidence in criminal trials over illegal crossings of the Russian border. With the investigation complete, the ships were free to be returned, the foreign ministry said.

The ministry said the ships were taken due to "international provocation" bu Ukrainian forces in the Kerch Strait area in November 2018.

"Russia is determined to firmly resist any provocations near its borders in order to maintain the safety of shipping in accordance with Russian legislation, bilateral treaties and other applicable norms of international law," it said.

The ships were taken after ignoring warnings from Russia's FSB Border Service and the Black Sea Fleet, Moscow said.

Marie Yovanovitch says State Department 'being hollowed out from within' Investigators: Calls show Russia involvement before MH17 crash Pelosi: Whistle-blower in impeachment case will be protected 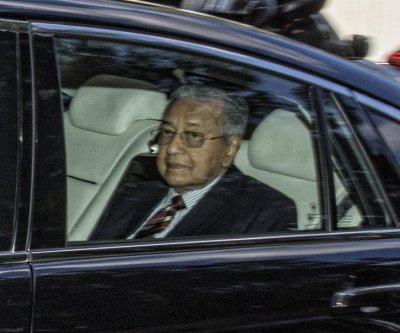 World News // 9 hours ago
Coronavirus deaths near 2,600 in China
Feb. 24 (UPI) -- Deaths from the coronavirus neared 2,600 in China on Monday as countries worldwide rushed to contain the spread of the disease within their own borders.