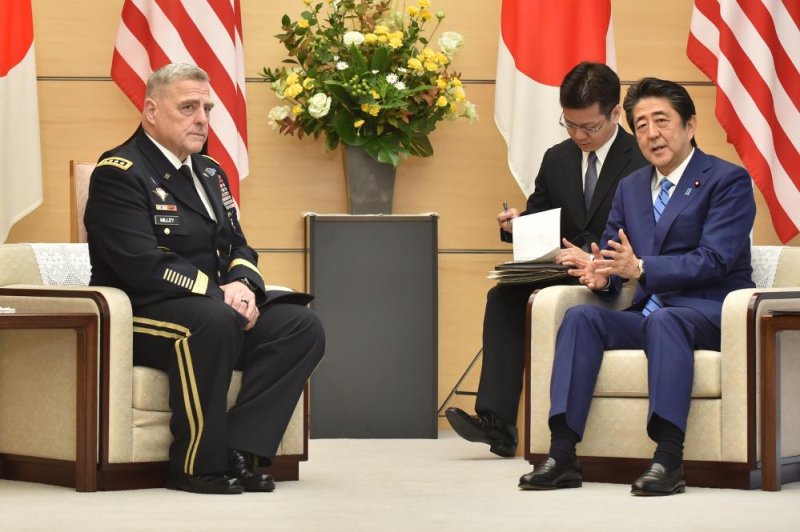 Nov. 12 (UPI) -- The United States' highest-ranking military officer called on Tokyo to resolve issues ahead of an expiration date for GSOMIA, a military intelligence-sharing agreement between Japan and South Korea.

Milley told reporters after the meeting there was discussion of GSOMIA and South Korea. The Joint Chiefs chairman also said he wants issues surrounding GSOMIA to be resolved before expiration, and that he seeks a solution, according to Kyodo.

South Korea has said it does not plan to renew military intelligence-sharing with Japan, which expires on Nov. 23. Seoul has also said the decision stems from Japan's multiple trade penalties targeting South Korea. The administration of President Moon Jae-in has said it could reverse its decision on GSOMIA if Japan returns South Korea to a "white list" of preferred trading partners.

Japan could be seeking more concessions from South Korea, however. Tokyo has opposed a South Korean court order requiring Japanese firms to compensate past victims of forced wartime labor. The Abe administration has also rejected the idea of removing trade restrictions to ease tensions.

His visit to Seoul comes at a time when the two countries are to hold the U.S.-South Korea Military Committee Meeting, and the South Korea-U.S. Security Consultative Meeting.

The meetings would cover a review of the U.S.-Korea combined defense posture, ways of deterring North Korea's nuclear and missile development, and the transfer of wartime operational control, or OPCON, according to the report.

A South Korean defense official told Yonhap GSOMIA is likely to come up, and that U.S. officials could urge Seoul to stay in GSOMIA.

South Korea said Tuesday there are no new developments on GSOMIA, and that "nothing has been decided" following consultations between Japanese and South Korean authorities, Newsis reported.

Seoul's foreign ministry also said it is willing to review its GSOMIA decision if Japan is willing to withdraw its "unfair export control measures."

Moon and Abe met last week in Bangkok on the sidelines of an ASEAN summit. 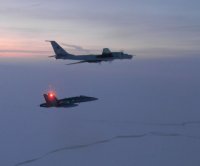