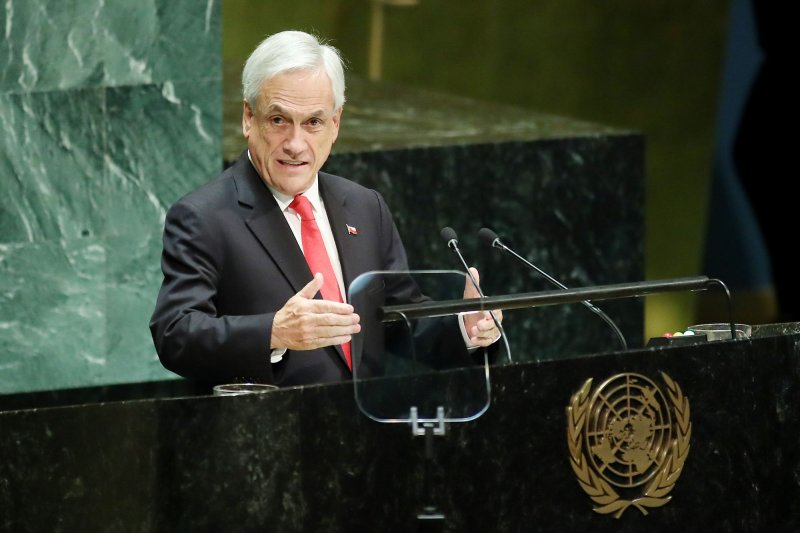 Nov. 11 (UPI) -- Chile's government under President Sebastian Pinera has agreed to revise the country's constitution with a "constituent congress," hoping to quell the most civil unrest it's seen in decades.

The protests, which started three weeks ago as a revolt by students against transportation fare increases, have since expanded to cover a wide range of issues, including wages, income inequity, education and healthcare. The demonstrations ultimately led Chile to cancel hosting an economic summit this month.

The government said Sunday it plans to take the necessary steps to amend the constitution this week.

"We, as the government, will send our proposal for the mechanism of constitutional change in the next few days," Interior Minister Gonzalo Blumel said, adding that the revisions can be enacted in one or two years.

The current constitution stems from the former dictatorship of Augusto Pinochet during the 1990s, and some have blamed present laws for problems that have arisen from privatizing pensions and challenges to healthcare and education.

Jacqueline Van Rysselberghe, the leader of the right-wing Union Democrata Independiente Party, called for all sides to work toward an agreement on which changes should be made.

"We are absolutely available to modify or make a new constitution, but we believe that the opposition has to take a step and pave to move forward," she said.

Jose Miguel Insulza, a senator from the opposition Socialist Party, questioned the viability of any new constitution.

"Anyone who thinks that the current Congress can write down a new constitution may be fooling themselves," Insulza said. "It may not have enough legitimacy."