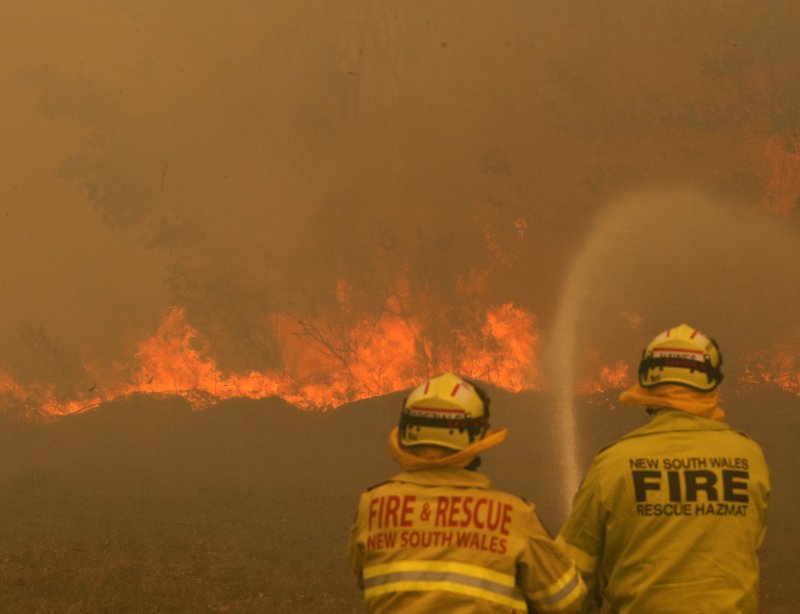 Firefighters work to contain a bushfire in Old Bar, New South Wales, Australia, on Saturday. Three people have been reported dead in the fires in the Australian state. Photo by Darren Pateman/EPA-EFE

More than 1,000 firefighters worked to contain the fires mainly along the north coast and northern NSW for the second day. The blazes destroyed at least 150 homes.

On Friday, Rob Rogers, executive director of operations at the service, described the fires as "unprecedented" in a tweet and asked residents to "avoid fire affected areas."

As of 12:30 a.m. Sunday, there were 74 bush fires across NSW, with 43 not under control. Officials issued an emergency warning for one fire, and watch and act alerts for 15 other blazes.

"If you are near these fires, your life is at risk and you need to take action to protect your life," the NSW RFS said in a Twitter post.

In addition, 50 bushfires were blazing in the neighboring state of Queensland.

The Australian Defense Force will provide support to firefighters where required, Prime Minister Scott Morrison said, and financial assistance would be made available to people affected by the fires.

The Insurance Council of Australia declared the NSW north coast brush fires a catastrophe. Those affected will be prioritized by insurers.

In the Glen Innes area, about 60 structures had been destroyed.

The town's mayor, Carol Sparks, described the situation as "horrific."

"The school was lost, [houses] were burnt, people were burnt, lives were lost," she told the Australian Broadcasting Corp.

"People battled to save their houses and then had to walk out because their cars had blown up, it was just horrific."

The Liberation Trail fire has burnt through more than 121,000 acres in Nymboida.

Peter Simpson told ABC his house was saved but "every second house is gone ... The village is gone. And surrounding houses, that I guarantee, most of Nymboida will be displaced because they're going to have nowhere to live."

"I'm really sorry for every person in the area that's lost out ... My heart bleeds for them. There's nothing that the firies could have done," he added, using a nickname for firefighters.

World News // 12 hours ago
North Korean workers, volunteers warned against disobedience
June 24 (UPI) -- North Korean workers have no right to refuse state orders, the regime's media said Thursday, as the country could be preparing to overcome a food shortage amid the coronavirus pandemic. 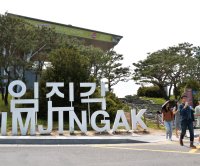 World News // 15 hours ago
South Korea discloses list of Korean War abductees for first time
June 24 (UPI) -- South Korea is disclosing the names of thousands of citizens who were abducted to the North during the 1950-53 Korean War, a first for the country in seven decades.

World News // 16 hours ago
Russia warns Britain over ship near Crimea, says video shows warning shots
June 24 (UPI) -- Amid a military skirmish involving a British warship in the Black Sea and purported warning shots fired by Russian forces, Moscow hinted on Thursday that next time they might target the ship itself. 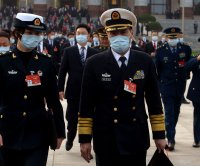