U.S. President Donald Trump reacted angrily to the attack, vowing to wipe "these monsters" off the face of the Earth.

A photo combo released Tuesday shows one of the vehicles attacked by an armed group and in which several children were traveling, in Bavispe, Mexico on Monday. Photo by EPA-EFE

Nov. 5 (UPI) -- At least nine people with dual U.S.-Mexico citizenship, including several children, died after their vehicles were ambushed on a Mexican highway, local authorities said.

The extended family members were traveling in three vehicles in Mexico's northwestern Sonora state Monday when they came under gunfire, Mexican Public Security Secretary Alfonso Durazo said. Among the dead were three women and six children.

The family members belonged to a Mormon ranching community established more than 40 years ago in Bavispe.

Kenny LeBarón said a vehicle driven by his cousin, Maria Rhonita Miller, exploded in the hail of gunfire and was consumed by flames. He told The Salt Lake Tribune that in addition to Miller, her 11-year-old son, 9-year-old daughter and 7-month-old twins died in the attack.

LeBarón said Miller was driving to Phoenix to pick up her husband, who was traveling there from North Dakota, where he works.

The other two vehicles were traveling to a wedding in Chihuahua state. Two women and two children died in the attack on those vehicles. Six children survived the attack.

Relative Lafe Langford Jr. told the Tribune that family members were attempting to transport the injured to the United States for treatment.

"We can't get a helicopter or any airplanes or airlifts and it's going to be at least a 6-hour journey to El Paso or Tucson," Langford said.

U.S. Ambassador to Mexico Christopher Landau said Mexican authorities confirmed the deaths to his office, as well as injuries to five children.

Mexican officials said cartel members are likely behind the attack, though the motive was unclear. It's possible, they said, the gunmen may have mistaken the vehicles as those belonging to a rival cartel.

Mexico sent city and state police, the state's attorney general's office, the army and the National Guard to investigate. Family members told CBS This Morning that the FBI also was involved in the investigation.

Sonora Gov. Claudia Paviovich Arellano said she felt "deep pain" for the victims and vowed to punish the "cowards" who attacked the family.

"As a mother I feel courage, repudiation and deep pain for what cowards did in the mountains between Sonora and Chihuahua," she tweeted. "I don't know what kind of monsters dare to hurt women and children. As governor, I will do everything to make sure this does not go unpunished and those responsible pay."

"If Mexico needs or requests help cleaning out these monsters, the United States stands ready, willing & able to get involved and do the job quickly and effectively," he tweeted.

"This is the time for Mexico, with the help of the United States, to wage WAR on the drug cartels and wipe them off the face of the earth. We merely await a call."

"It's not in agreement with our convictions. The worse thing is war," he told reporters at his daily briefing.

Lopez Obrador and Trump have had some disagreements in the past year. Trump threatened Mexico with tariffs last spring if Lopez Obrador's government didn't get a better handle on keeping Central American migrants from reaching the U.S. border.

World News // 20 hours ago
China, India agree to diplomatic hotline after deadly clash
Feb. 26 (UPI) -- China and India agreed to establish a hotline between their top diplomats, but reports indicate differing views prevailed over the issue of disputed areas. 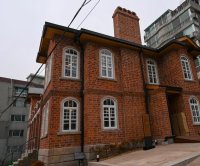