Israeli Prime Minister Benjamin Netanyahu (L) and Israeli President Reuven Rivlin arrive to speak with reporters on September 25 after Netanyahu was chosen to form the next government. Photo by Debbie Hill/UPI | License Photo

Netanyahu needed a coalition of 61 Knesset members to form a government, but said attempts to bring Blue and White Party leader Gantz to the negotiating table had failed "time after time."

"Ever since receiving the mandate [to form a government] I have worked relentlessly ... to establish a broad national unity government," Netanyahu said, announcing he was returning the mandate to Israeli President Reuven Rivlin.

Netanyahu's deadline to form a coalition was Wednesday. Rivlin said Gantz will now have 28 days to accomplish the task.

Gantz's party received 33 of 120 Knesset seats in Israel's Sept. 17 election, and Netanyahu's Likud Party won 32. Netanyahu had the backing of other parties, but not enough to form a government.

Netanyahu ordered last month's election in May after he wasn't able to form a coalition then, either.

World News // 13 hours ago
Former Vatican bank chief sentenced to 9 years for embezzlement
Jan. 22 (UPI) -- The former head of the Vatican bank was sentenced to almost nine years in prison for money laundering and a real estate embezzlement scheme during the pontificates of Pope John Paul II and Pope Benedict.

World News // 15 hours ago
British court sends 4 to prison for 2019 lorry deaths of 39 migrants
Jan. 22 (UPI) -- A British court on Friday sentenced four people to prison, including the ringleaders of a human trafficking operation, for the deaths of 39 Vietnamese migrants who died after being smuggled into Britain in 2019.

World News // 17 hours ago
U.N. official says rape, sexual violence rising in Ethiopia's Tigray conflict
Jan. 22 (UPI) -- A top United Nations official is demanding an end to sexual violence in the Tigray region of Ethiopia that has resulted from fighting between government forces and local factions.

World News // 18 hours ago
Japan, IOC reject report that officials expect to cancel Tokyo Olympics
Jan. 22 (UPI) -- Japan and the International Olympic Committee on Friday both denied a news report that claims officials expect they will have to cancel the upcoming Summer Games in Tokyo due to ongoing threats related to COVID-19.

World News // 23 hours ago
Google threatens to remove search from Australia over new law
Jan. 22 (UPI) -- Google threatened to disable its search engine in Australia if the government passes new regulations that would force large tech companies to negotiate with news organizations to present the content they produce. 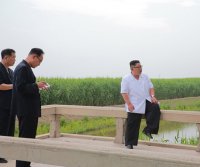 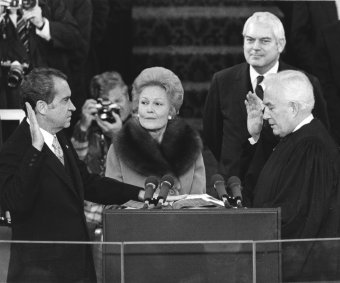