Credit Suisse: Number of millionaires in the world increases to 46.8 million

Oct. 21 (UPI) -- The number of millionaires in the world increased to 46.8 million in the past year, according to a study released Monday.

Overall the world's billionaires are now worth a combined $158.3 trillion, holding 44 percent of the world's total wealth.

Despite the increase in millionaires, wealth inequality declined as the bottom 90 percent of the world accounts for 18 percent of global wealth compared to 11 percent in 2000.

Overall global wealth increased by 2.6 percent to $360 trillion and wealth per adult reached a record high of $70,850.

The United States led the contribution to global wealth growth with $3.8 trillion, followed by China at $1.9 trillion and Europe at $1.1 trillion. 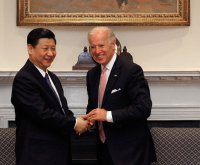