The operation and maintenance costs of the U.S. military presence on the Korean Peninsula have been doubled ahead of new demands, as South Korea is being required to pay more, according to a South Korean press report.

News 1 reported Monday the U.S. Department of Defense has increased operation and maintenance costs for U.S. Forces Korea to $2.237 billion, up from $1.031 billion of March 2018.

The report comes at a time when the United States and South Korea are in the middle of resuming negotiations for the 11th Special Measures Agreement.

According to News 1, U.S. operational costs have been set higher in South Korea than in Japan, where about 50,000 U.S. troops are stationed around the country.

Other numbers from the Pentagon have also risen dramatically amid complaints from President Donald Trump that U.S. allies do not pay their fair share for American troops stationed overseas.

Cost of keeping U.S. troops in South Korea was estimated to be about $3 billion but that number climbed in 2019 to $4.4 billion, according to News 1.

U.S. demands and reports alleging Washington seeks a five-fold increase, or $5 billion, in South Korean contributions to burden sharing have triggered protests in Korea. Activists have said Trump's demands are excessive and force South Korea to foot the bill for U.S. defense costs beyond Korea's borders.

U.S. diplomats in Seoul have said South Korea does not pay enough.

Military cost sharing has not increased for Tokyo at the same rate despite the larger U.S. troop presence in Japan. 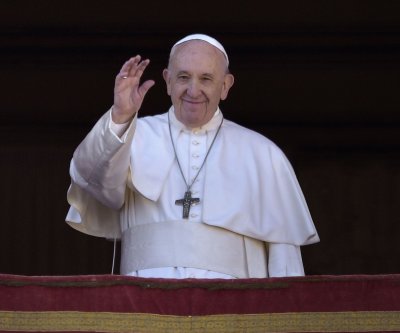 World News // 7 hours ago
Japan lifts last remaining ban on Fukushima fish
Feb. 26 (UPI) -- Japan has lifted a ban against all Fukushima seafood shipments for the first time since the 2011 nuclear disaster, after restrictions against the last remaining species of fish, skate, were lifted on Tuesday.

World News // 8 hours ago
Researchers find hidden door, room in London House of Commons
Feb. 26 (UPI) -- While performing renovations at London's House of Commons this week, crews uncovered a long-forgotten doorway officials say dates back to the mid-1600s and was probably used by some prominent British historical figures.

World News // 8 hours ago
Starbucks to offer plant-based sandwich in Canada stores
Feb. 26 (UPI) -- Starbucks announced Wednesday it will introduce a Beyond Meat sandwich to its menu at locations in Canada, following a growing trend of North American restaurant chains that are now offering plant-based meat substitutes.

World News // 10 hours ago
South Korea president under fire for coronavirus response
Feb. 26 (UPI) -- South Korean President Moon Jae-in is taking heat from the political opposition for the escalating number of confirmed cases of coronavirus in the country.