Taliban militants pose for a photograph in Kandahar, Afghanistan, on June 17, 2018. File Photo by Muhammad Sadiq/EPA-EFE

Oct. 2 (UPI) -- Representatives of the Taliban and United States met with Pakistani government officials in Islamabad Wednesday, amid peace talks aimed at ending the 18-year American presence that have dragged on for months.

Taliban founder Mullah Abdul Ghani Baradar said the insurgent group was in Pakistan to address "important issues," as was Zalmay Khalilzad, the U.S. special envoy for peace talks. It wasn't clear, however, whether they would meet with each other.

Pakistani Prime Minister Imran Khan has said he would talk to U.S. President Donald Trump about resuming peace talks after they abruptly ended last month. Before they did, plans called for a gradual withdrawal of U.S. forces in exchange for security guarantees from the Taliban -- including a pledge to keep terrorists out of Afghanistan.

Peace negotiations, however, have been tricky. Although U.S. and Taliban officials have met, the group refuses to deal with the Afghan government -- and Kabul has insisted it be part of any resolution.

"We have objected to being part of the negotiations and not being a central part of this discussion," Afghan national security adviser Hambullah Mohib said. "Also if we want to see peace in Afghanistan, the Afghan government must be at the forefront of any negotiations." 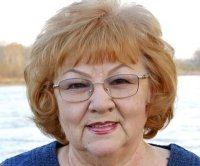 World News // 22 hours ago
Chinese officials charged after gold mine accident that killed workers
Feb. 24 (UPI) -- Senior Chinese officials are being held responsible for an accident at a mine in January that led to the death of at least 10 miners.