A photo released by North Korea's KCNA shows a live fire test of a newly developed super-large multiple rocket launcher that was overseen by North Korean leader Kim Jong Un at an unknown location in North Korea on Aug. 24. Photo by KCNA/EPA-EFE

The missiles that went undetected flew at an altitude of less than 37 miles, making it difficult for Japan's military to detect and monitor, according to the report.

Meanwhile, South Korea has said it managed to track all North Korea missiles launched this year, including low-altitude projectiles, according to Korean television network KBS on Monday.

If Japan and South Korea do not come to an agreement regarding GSOMIA renewal by November, Tokyo fears it may be facing a security vulnerability, according to reports.

Following the South Korean decision on GSOMIA, on Aug. 24, Japan reported North Korea missile tests 10 minutes ahead of Seoul but was unable to release key statistics on missile altitude and direction.

Prime Minister Shinzo Abe is preparing to meet with U.S. President Donald Trump on the sidelines of the United Nations General Assembly in New York this week.

Abe has been playing a mediating role between Washington and Tehran, according to the report. 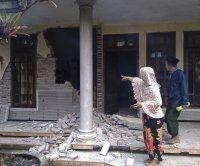 World News // 17 hours ago
Gun salutes honor Prince Philip as low-key funeral planned amid COVID-19
April 10 (UPI) -- Gun salutes across the United Kingdom and British Commonwealth honored Prince Philip on Saturday as preparations were made for a somber funeral amid COVID-19 restrictions next Saturday. 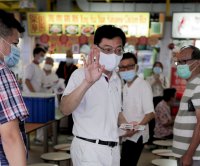