This marks Netanyahu's third trip to Russia this year and it comes five days before Israel's Knesset election on Sept. 17.

Topics up for discussion include the situation in Syria, organizing a joint meeting with Israel, Russia and the United States and improving military cooperation, Netanyahu's office said.

The Israeli delegation includes the national security council leader and the chief of general staff for the Israeli Defense Force.

The Kremlin's press service said "issues of further development of the bilateral cooperation are planned to be discussed, while opinions are expected to be exchanged on the situation in the Middle East."

But Putin won't shy away from challenging Netanyahu's controversial campaign promise to annex the Jordan Valley in the West Bank if he wins next week.

"The position of Moscow is unchanged -- it's against any annexations," Tatyana Karasova of the Russian Academy of Sciences' Institute of Oriental Studies, told Al Jazeera. "Netanyahu needs to make it so that his extremist statements don't hamper relations with Russia ... he values those ties highly and considers them his merit."

Moscow has already pointed out that the annexation plan spawned a "sharp negative reaction" from the Arab League. Moscow wants peace talks to resume between Israel and Palestinians. The Arab League has said the talks are off as long as Netanyahu promises to annex Palestinian land.

The timing of the visit isn't a coincidence as meeting with a recognizable figure like Putin raises Netanyahu's profile just before the election.

"Netanyahu wants to show [voters] that he's a statesman who meets the leaders of the world" like Putin, Israeli journalist and columnist with Haaretz Gideon Levy said. "Netanyahu is now fighting for each vote because the picture is very even."

World News // 11 hours ago
Biblical city of Bethlehem quiet as Christmas season begins without tourists
Dec. 4 (UPI) -- Christmas celebrations are underway in Bethlehem this week without tourists and pilgrims due to COVID-19 restrictions, leaving the Biblical town where Christians believe Jesus was born quiet during the holidays. 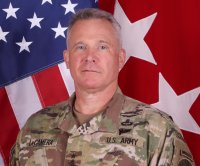 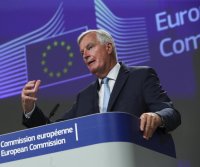 World News // 14 hours ago
Brucellosis cases in China exceed 10,000 after vaccine factory accident
Dec. 4 (UPI) -- More than 10,000 people in China are reportedly infected with a highly contagious disease that can lead to chronic health issues, after a vaccine factory used expired sanitizer, and bacteria spread through the plant.

World News // 21 hours ago
U.S. witness to 1980 South Korea massacre recalls brush with death
NEW YORK, Dec. 4 (UPI) -- The 1980 slaughter of South Korean civilians in Gwangju had an unlikely eyewitness in a former U.S. Peace Corps volunteer who smuggled himself into the city during the military crackdown.