Aug. 19 (UPI) -- U.S. President Donald Trump has said his Middle East peace plan will not be fully released until after Israeli elections next month.

The peace plan is being finalized by White House adviser Jared Kushner and won't be made public before Israel's elections on Sept. 17, Trump said Sunday.

The $50 billion economic portion of the plan was unveiled in June at an Arab conference in Bahrain, which was boycotted by Palestinian leaders.

Trump said the winner of the election will have a chance to form a new government before the plan is presented, although some details might be made public before then.

Israel's election was set for next month after Prime Minister Benjamin Netanyahu failed to assemble a government coalition after months of negotiations that began in May. The snap vote will select the 120 members of the Knesset, Israel's parliamentary body.

Kushner said the president's goal is to increase security and prosperity in the region. 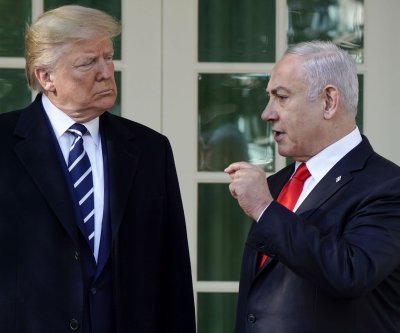