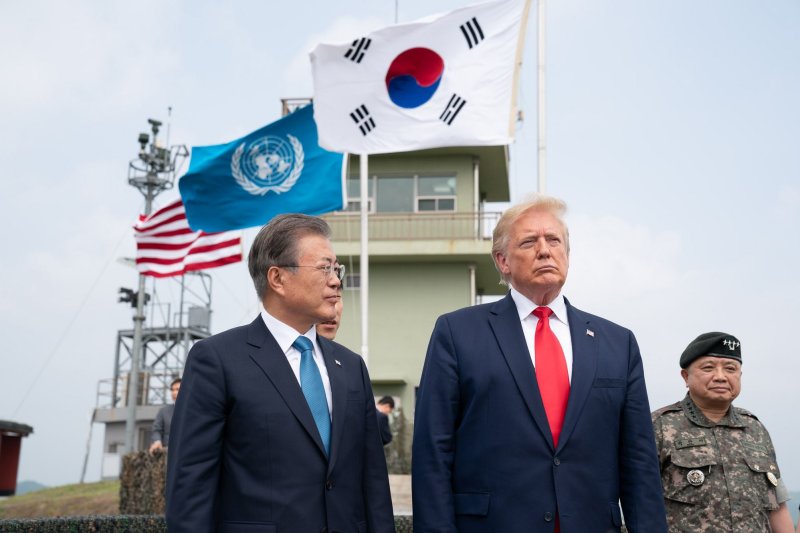 Terence Roehrig, a professor of national security affairs at the U.S. Naval War College in Newport, R.I., said Trump's consistent position on allies needing to "pay more" for U.S. troops turns a blind eye to the situation in South Korea, where the government spends 2.6 percent of its GDP on defense, "well above many U.S. NATO allies."

The analyst's observation comes at a time when Seoul and Washington are soon expected to re-enter negotiations.

"I am very concerned with alliance management in this context and how this is all playing out," Roehrig said in a phone interview. "South Korea spends a significant amount in its own defense."

Roehrig also said he is uneasy about accelerating the schedule of renegotiations for the bilateral Special Measures Agreement.

The most recent round of negotiations in 2019 concluded in February when South Korea agreed to raise its contribution by 8.2 percent and pay $915 million. Negotiations have previously taken place on a five-year schedule, with South Korea defense spending increasing by 20 percent in the last 10 years.

The agreement is currently being revisited annually, a decision that may not be welcomed in Seoul and spells disaster for both sides, Roehrig said.

Soo Kim, a former CIA analyst now with the RAND Corp., said South Korea's reaction to Trump's call to spend more is the other critical measure.

Seoul could be feeling the heat from the Trump administration and "may see itself as standing in front of a fork in the road."

Kim, who described Trump's call for Seoul to pay more a "remarkable" move amid Pyongyang's display of missile capability, said one option for South Korea is to "strike out solo."

Korea could "choose the path that would ultimately widen its rift with Washington and further expose its weakening defenses to Pyongyang," the analyst said.

Not all Korea watchers disapprove of Trump's demands, however.

Lt. Col. Daniel L. Davis, senior fellow at Defense Priorities in Washington, said the time is right for South Korea to take greater control of all troops on the ground.

Davis, who previously served as U.S. adviser to the South Korean military and was deployed to Iraq and Afghanistan, told UPI he has a high level of confidence in the capabilities of South Koreans, diplomatically, militarily and politically.

"We should be talking much more about transfer of operational control," Davis said. "We've been talking about it for many years."

The analyst, now retired, said the accelerated schedule for renegotiations will have no impact on the alliance. It only "acknowledges the increasing power of the South Koreans," he said.

Davis added he gives South Korean President Moon Jae-in high marks for having a "good handle" on security, despite a decrease in communication, such as direct phone calls, with Trump.

Trump's downplaying of North Korean tests, including that of a new rocket system, is also the right reaction, given the alternative, the president's past rhetoric of "fire and fury," would only "set us back, and everybody back," the analyst said.

The president's decision to withdraw from the Intermediate-Range Nuclear Forces or INF Treaty was a bad idea, however, Davis said.

Talk of deploying more missiles in the Asia-Pacific is a "huge mistake," Davis said.

"It will make China strengthen their defenses even more," the analyst said. "One U.S. nuclear submarine in the waters is enough. We don't need to introduce more."

Roehrig agrees that withdrawing from INF was a mistake.

"We let Russia off the hook. They're unconstrained; they can simply say the United States walked away from the agreement, and it doesn't necessarily put us in a better position."

"This was a chance for Russia and China to determine how South Korea and Japan will respond to these kinds of air incursions," Roehrig said, adding tensions between Seoul and Tokyo are encouraging Beijing and Moscow to take bolder military action.

North Korea's recent tests also appear to indicate Kim Jong Un is feeling emboldened to experiment, as talks on denuclearization with the United States have stalled over longstanding disagreements, including sanctions.

The most recent tests on Saturday show North Korea is perfecting missiles that could target the South.

"We know that this latest weapon resembles the U.S. Army Tactical Missile System tactical ballistic missiles," Soo Kim said. "The missile fired over the weekend is different from Pyongyang's version of the Iskander and its large-caliber multiple launch rocket system.

"We also know that these new weapons use solid fuels, show complicated flight patterns, fly faster at lower altitudes and are fired from a mobile launcher. The new missile could scatter hundreds of munitions over a large area and put the entire Peninsula within range." 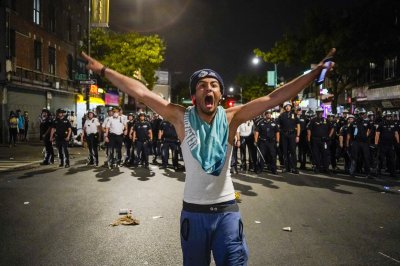 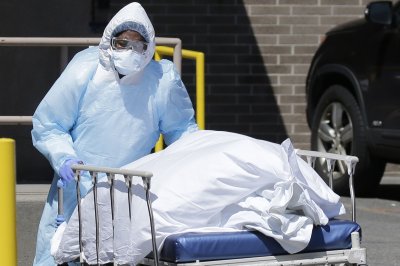