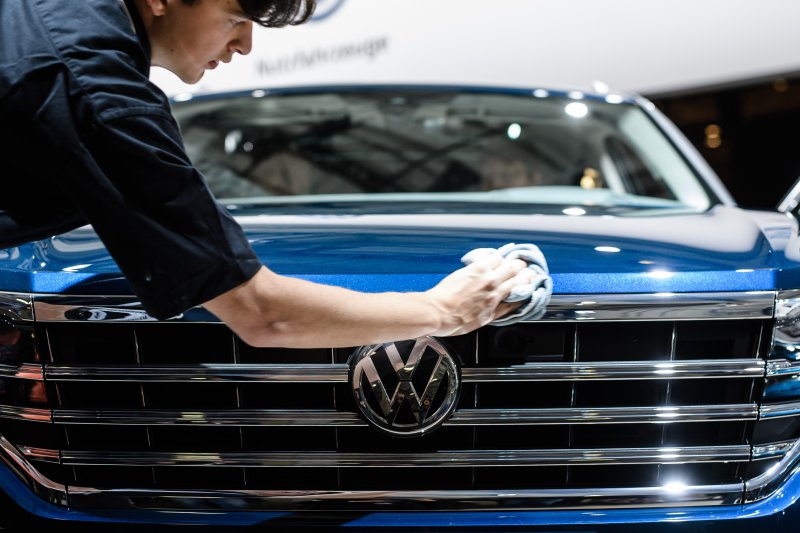 Aug. 14 (UPI) -- The German economy, which has struggled to find growth for a year, contracted during the second quarter of 2019, government figures showed Wednesday.

Berlin's gross domestic product shrank in the three-month period ending in July by 0.1 percent, fueling more fears of a recession for the world's fourth-largest economy.

Chancellor Angela Merkel said there's no need right now for a fiscal stimulus, and economic minister Peter Altmaier said the declining GDP is a "warning signal" of the influence of the year-long U.S.-China trade conflict.

He said the government should invest in future-oriented technology and digitization and lower the corporate tax.

"This in itself does not mean that there's a reason to panic, but it surely means that a golden decade has come to an end in the country," ING Chief Economist Carsten Brzeski told DW. "The crucial question now is whether the German government will leave everything in the hands of Donald Trump and his trade policy or step into action itself and offer some fiscal stimulus."

The U.S.-China feud hurts German exporters, experts say, and declining auto sales and the threat of Britain leaving the European Union without a trade agreement are also factors taxing the German economy.

Brzeski called for a level-headed approach to get out of the current slump.

"It's not dramatic yet compared with the situation [of the global financial crisis]," he said. "But the German economy is clearly running out of steam and needs a fresh impulse to take off again."

Analysts call it a perfect storm of negative factors dragging down Germany's economy, as exports, demand for automobiles and disposable income are all in a tailspin.

Economists define a recession as two consecutive quarterly contractions, which would occur with another contraction in Q3. The German economy grew 0.4 percent in the first quarter.