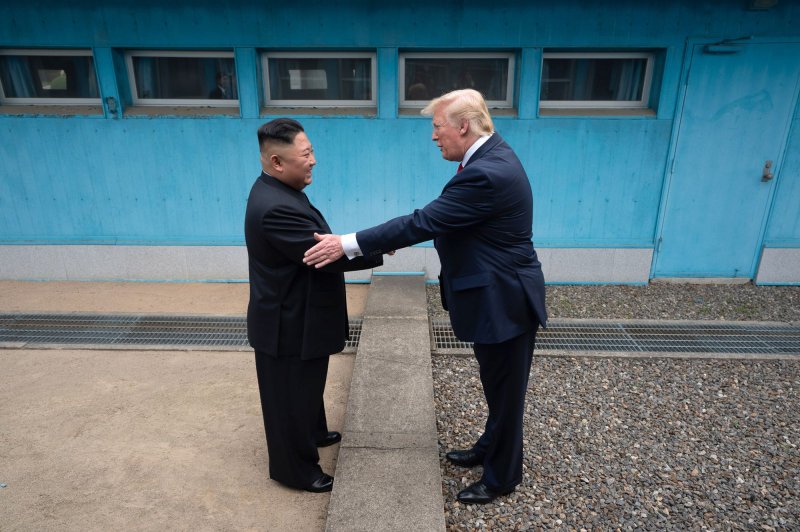 SEOUL, Aug. 8 (UPI) -- The flurry of diplomacy between the United States and North Korea that started last year brought about an easing of tensions on the Korean Peninsula but did little to denuclearize the North, a U.S. congressional report has said.

U.S. President Donald Trump's top-down approach toward Pyongyang, rooted in his belief that such a strategy would produce better results than working-level talks, has led to a series of unprecedented meetings with the North's leader, Kim Jong Un, according to a report by the Congressional Research Service published on Monday.

"These diplomatic efforts have produced a marked reduction in tensions on the Korean Peninsula, and Trump and Kim appear to have developed a personal relationship that Trump says ultimately could produce a breakthrough," it said.

Trump and Kim held their first summit in June last year and have since met twice more.

At the first summit in Singapore, the two sides agreed to forge new relations and commit to the North's full denuclearization. But their subsequent Hanoi summit in February ended without a deal due to differences over the scope and sequencing of dismantling nuclear and weapons programs by Pyongyang and Washington's sanctions relief in return.

They met again on June 30 at the inter-Korean border and agreed to resume working-level talks. But the negotiations have not resumed yet.

The report said that little progress has been made in denuclearization because Pyongyang has remained "conditional and vague" about how it will go about keeping its pledges. It also cited the North's multiple missile tests since May as another factor adding to the challenge.

The prolonged impasse in North Korea diplomacy leaves Washington with the question of whether to stick to its pursuit of a gradual lifting of sanctions in exchange for incremental dismantlement, or to shift to a "big deal" by which it gives full sanctions relief in return for the North's complete surrender of nuclear weapons, the report said.

But the latter option could "reduce the number of tools available to challenge North Korea on other issues, including human rights, money laundering and its cyberspace activities," it added.

World News // 5 hours ago
North Korea defends Venezuela's Nicolas Maduro
Oct. 28 (UPI) -- North Korea state media delivered a veiled criticism of the United States in an article on the "situation in Venezuela," days after the United States threatened to destroy any Iranian missiles shipped there.

World News // 7 hours ago
More than a dozen candidates vie for presidency in Tanzania election
Oct. 28 (UPI) -- Tanzania opened polls on Wednesday in a presidential election that's viewed by many as a referendum on the leadership of President John Magufuli.

World News // 9 hours ago
More North Korea workers receive no pay amid sanctions, survey says
Oct. 28 (UPI) -- International sanctions on North Korea are taking a toll on ordinary North Koreans who earn no income even when they show up for work at factories, according to a new South Korean study. 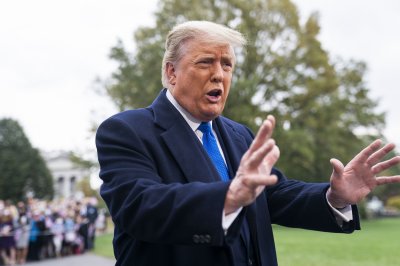