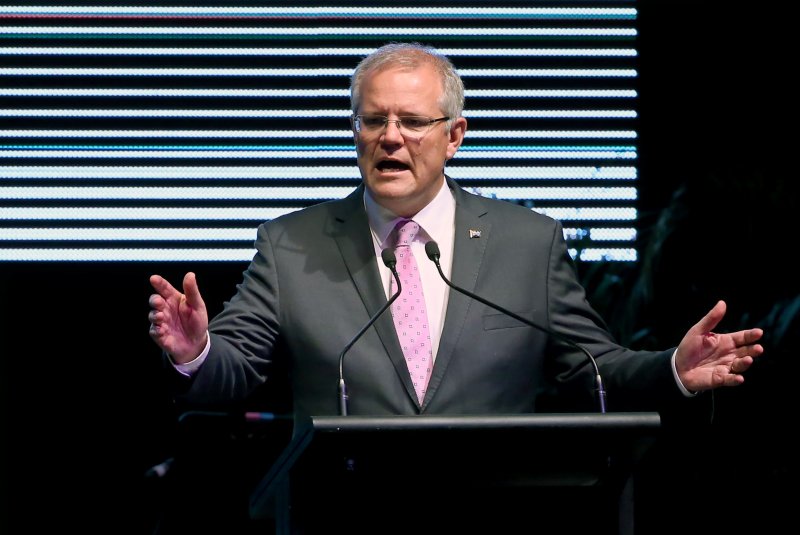 The U.S. proposal to add missiles in Australia comes days after the United States officially suspended its observation of the 1987 Intermediate-Range Nuclear Forces treaty with Russia. The addition of missiles would likely increase tensions with China and North Korea.

Morrison addressed questions about the possible deployment of U.S. missiles in Australia after newly appointed U.S. defense secretary Mark Esper said he would like to see deployment of ground-based missiles to Asia.

Esper has said he supports deploying missiles within months.

"These things tend to take longer than you expect," Esper said.

Australian Defense Minister Linda Reynolds said no formal request was made by Esper, who was in Australia over the weekend.

"You would expect the U.S. secretary of defense to canvass all of these issues in light of what's happening in the Indo-Pacific," Reynolds said. "But I can confirm that he made no request and he wasn't anticipating any request."

U.S. Secretary of State Mike Pompeo said the United States is "constantly" evaluating the way it defends itself.

"We'll now do the things we need to do to create stability and peace and as we do that we will evaluate whether there are certain systems, certain missile systems that make sense to put in certain countries," Pompeo told Sky News. "There will be long, consultative processes as we work our way through them."

Morrison said that Australia could assist the United States in securing shipping lanes in the Persian Gulf, a critical route for the world's oil tankers. Tensions with Iran have made the Strait of Hormuz increasingly dangerous for oil tankers.

"It's important that we make the Straits of Hormuz safer than they currently are," Morrison said. "The purpose here is to de-escalate tensions, not to escalate them and that has very much been the focus of the conversations we've had with our American partners."

World News // 15 minutes ago
WHO advises those over 60 to avoid international travel due to Omicron
Dec. 1 (UPI) -- Amid spread of the new Omicron variant of the coronavirus, the World Health Organization has issued new advice urging some people, including those over 60, to not travel.