An Iranian Revolutionary Guard jet boat sails around a seized tanker in Bandar Abbas in southern Iran last month. Iran announced Sunday that it will hold joint military operations with Russia in the Persian Gulf. Photo by Hasan Shirvani/EPA-EFE

Aug. 5 (UPI) -- Iran and Russia will hold joint military drills in the Persian Gulf later this year as part of a classified agreement to expand cooperation between the two nations.

TASS reported that Khanzadi visited Russia in late July. While the location of the exercises has not been confirmed, Iran said activity could be conducted in the Strait of Hormuz as well as the northern part of the Indian Ocean.

Tensions in the Persian Gulf and the Strait of Hormuz have reached a new high this summer with the deterioration of the Obama-era multinational nuclear agreement that was meant to keep Iran from developing a nuclear weapon. U.S. President Donald Trump pulled out of the deal and increased sanctions against Iran last year.

On Sunday, Iran said it had detained a tanker in the Persian Gulf last week, claiming it was smuggling oil for Arab countries. It was the third tanker Iran's military had taken since British Marines captured an Iranian tanker near Gibraltar last month for allegedly violating sanctions against Syria.

The Iranian military seized a United Arab Emirates-based oil tanker, the Panamanian-flagged MT Riah, for allegedly transporting fuel from Iranian smugglers to foreign customers on July 18. The next day, Iran seized a British-flagged oil tanker, claiming it violated maritime violations after it allegedly collided with an Iranian fishing boat and then failed to stop. 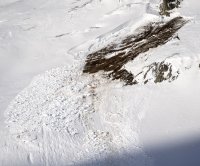 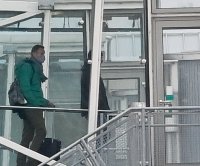