North Korea fired two ballistic missiles off of its east coast on Wednesday morning, South Korea's Joint Chiefs of Staff said earlier in the day. The missiles flew roughly 155 miles in what was the second launch by Pyongyang in less than a week.

The president's office convened an emergency meeting of the National Security Council in the wake of the missile test.

"NSC members expressed strong concern that the launch of two short-range ballistic missiles today following North Korea's missile tests on July 25 could have a negative impact on efforts to build peace on the Korean Peninsula," the president's office said in a statement sent to reporters.

The committee "decided to continue its diplomatic efforts to ensure the resumption of negotiations for the denuclearization of the Korean Peninsula," the statement said, in order to maintain the momentum generated by the brief meeting of the leaders of the two Koreas and U.S. President Donald Trump in the DMZ in late June.

Wednesday's missiles were launched from the Hodo peninsula in South Hamgyong Province on the country's east coast, six days after North Korea fired a pair of short-range ballistic missiles from roughly the same area into the Sea of Japan.

North Korea described last week's launch as a "solemn warning" to South Korea over military activities with the United States and its "moves to introduce ultramodern offensive weapons."

South Korean and U.S. forces have a joint exercise scheduled for August, which North Korea has denounced as a violation of the agreement reached by Trump and North Korean leader Kim Jong Un at their Singapore summit last year.

Trump pledged to halt major military exercises with South Korea at the historic meeting, but the two allies have continued to hold some smaller and reconfigured drills.

North Korea has also bitterly criticized the South's purchase of American F-35A stealth fighter jets. South Korea received its first two jets in March, with two more arriving on July 15. The country has agreed to purchase 40 of the aircraft, which its manufacturer Lockheed Martin describes as "virtually undetectable," with the last to be received by 2021.

The North Korean missile launches come as Washington is looking to resume discussions over Pyongyang's nuclear weapons program. After the meeting between Trump and Kim on June 30 in the border village of Panmunjom in the Demilitarized Zone, Trump announced that working-level talks would begin in a matter of weeks.

In remarks to traveling press on Tuesday on his way to the regional ASEAN Summit in Bangkok, Secretary of State Mike Pompeo expressed optimism that the talks would get underway soon.

"We think they'll be started before too long," he said. "I'm very hopeful."

Pompeo's comments came before the latest North Korean launch. He downplayed the earlier missile tests in an interview last week as a negotiating ploy, saying "lots of countries posture before they come to the table."

The joint U.S.-South Korea Combined Forces Command said last week that it had assessed the projectiles as a new type of short-range ballistic missile from North Korea. South Korea said that the earlier missiles each flew some 370 miles. 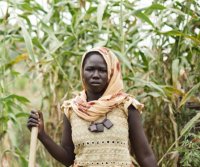 World News // 7 hours ago
South Korea holds crucial college entrance exam amid pandemic
SEOUL, Dec. 3 (UPI) -- With a slew of COVID-19 precautions in place, over 400,000 South Korean students turned out Thursday to take the eight-hour CSAT, a once-a-year exam seen as a vital stepping stone for a successful future. 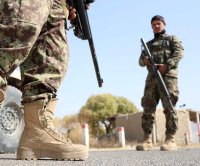 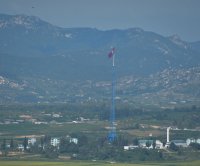