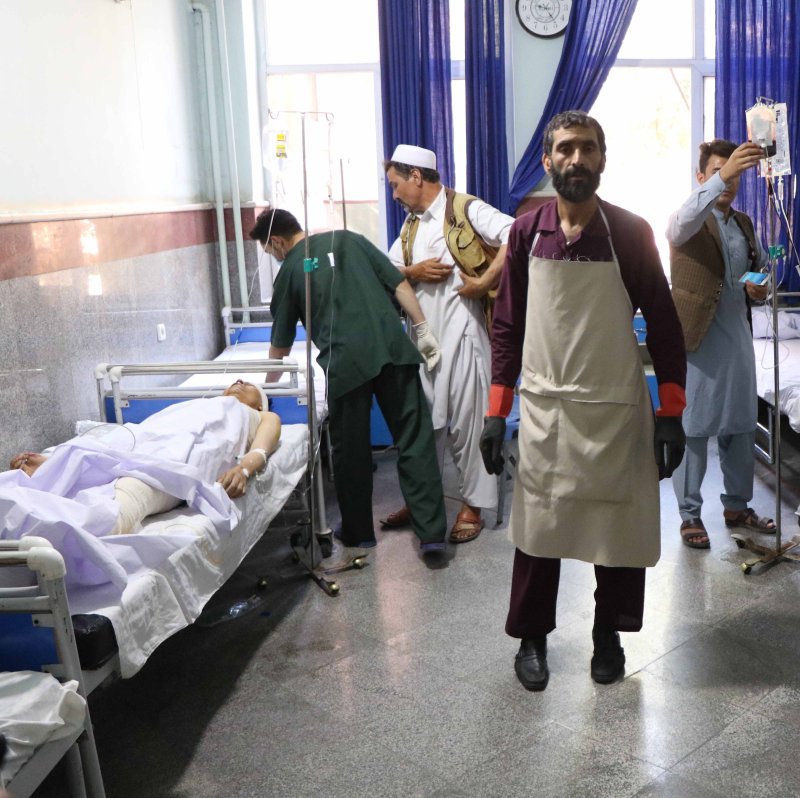 Passengers injured by the roadside bomb receive medical treatment Wednesday at a hospital in Herat, Afghanistan. Photo by Jalil Rezayee/EPA-EFE

July 31 (UPI) -- Dozens of people were killed in Afghanistan Wednesday when a passenger bus struck a roadside bomb in the Shawiz area, authorities said.

The bus was traveling to Farah province from Herat along the Herat-Kandahar highway when it struck an improvised explosive device.

At least 34 people were killed, officials said. No terrorist group immediately claimed responsibility for the attack.

The United Nations reported Tuesday that civilian deaths declined by nearly 30 percent over the first half of 2019, compared to the same period last year.

Afghanistan asks for clarity after Trump says he could wipe it off face of Earth Trump hosts Pakistani PM, says he has plan to end Afghan conflict At least eight killed in pair of attacks in northwestern Pakistan

World News // 16 hours ago
Iran backtracks on sending black boxes from downed jet to Ukraine
Jan. 19 (UPI) -- Iran wont send the flight data and the cockpit voice recorders from the Ukrainian plane downed in Tehran earlier this month to Ukraine, one day after an Iranian official said they would be sent to the nation.